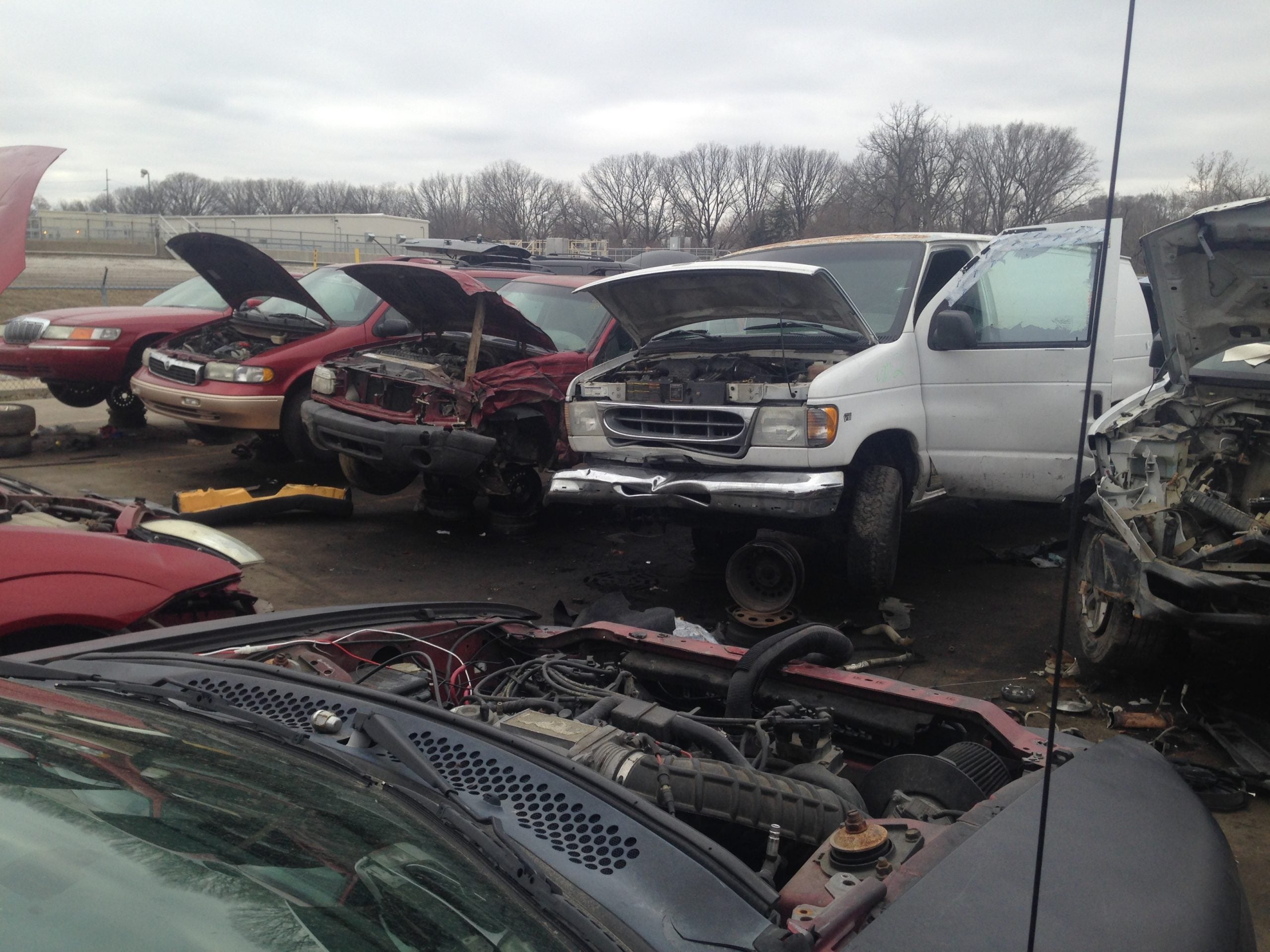 They’re things many people would keep under lock and key, but I-Team 8 found them scattered throughout auto salvage yards in Central Indiana.

“That’s probably enough information to be able to acquire some type of identity of that person.”

As part of a months-long investigation, I-Team 8 visited salvage yards seeking to understand what items were left exposed and who is responsible for ensuring that peoples’ identities aren’t compromised. I-Team 8 then presented the findings to the Marion County Prosecutor’s Office.

Cindy Oetjen, a deputy prosecutor who handles identity theft cases and often leads preventative workshops for the community, said she was surprised by the amount of information I-Team 8 uncovered in just a few minutes during visits to salvage yards.

“Wow,” Oetjen said. “That’s a lot of information. That’s probably enough information to be able to acquire some type of identity of that person.”

Oetjen says the amount of information discovered could potentially help a would-be criminal break into a home, open up a bank account or even possibly steal someone’s money.

So who is responsible? You are.

Even if you’re seriously hurt in a car crash, you’re taken by ambulance to the hospital or your car is totaled out by an insurance adjuster, Oetjen says it’s likely your responsibility to make sure that no personal information is left behind in your vehicle.

She recommends taking an extreme approach – keep your registration and insurance card on you, don’t leave it in the car. Oetjen says the law only requires that the items be with the vehicle if you are pulled over, not in the car at all times. She also recommends never leaving important documents like your bank statements or checkbook in the car.

“(Once a car is sold to salvage) there’s nothing that can prevent someone from going through a glove box or looking through that car and picking a person’s identification out of it,” Oetjen said.

What’s worse, there’s also no law preventing them from selling that information to a third party.

Using a hidden camera, we were able to question one of the junkyard employees about what we discovered and her company’s policy for removing items. While she admitted they do try to make an effort to remove personal items, some things can be overlooked.

“They’re supposed to clean out whatever of the trash is left back here but normally if it’s a little bit of stuff they don’t mess with it,” the employee said.

Sherry Guillaume thought she had cleaned her car out. She’d flipped her Dodge Caliber on Interstate 64 last August while returning home from Louisville on a shopping trip with her son, Sawyer. As she tells it, Guillaume swerved to avoid hitting another woman who abruptly changed lanes to get off the Leavenworth exit. In doing so, Guillaume says she hit the brakes, swerved and lost control – rolling the Dodge Caliber before it came to a rest on its roof.

Sherry wasn’t hurt. Sawyer was taken to the hospital for observation. Her husband pressed the tow company to let them clean out the car. Sawyer’s school clothes were inside. It was a tough sell, they said, but they managed to retrieve the clothes.

They thought they had cleaned the car out of everything.

But months later, I-Team 8 discovered Guillaume’s signature, her car’s maintenance records and the bank she used to finance her car inside the Dodge Caliber at an Indianapolis junkyard.

“Once you had that information, it was a whole new ‘oh my gosh what do we need to start doing differently to make sure that doesn’t happen,'” Sherry said during an interview with I-Team 8. “That’s crazy, because right there is my signature.”

“I think it’s a concern for anyone that their personal data would still be there.”

Concerned by what we discovered, Guillaume says she phoned her insurer to question how her car and her identity ended up three hours away from the accident site in an Indianapolis junkyard. Guillaume said she couldn’t get a straight answer.

Sherry will be the first to say she feels like an organized person. She kept all the Dodge Caliber’s maintenance records. Every oil change. Every tune up. Everything. Which is why she was so surprised that she’d neglected to remove them from the car along with her loan information and signature.

But she did admit her accident stirred troubling memories from the another crash – the one that took the life of her son, Wes.

It was against that backdrop – two traumatic events in two years, that Sherry says she may have neglected to clean out the car.

Sandy Blalock, the executive director of the Automotive Recyclers of Indiana and former junkyard operator, says the issue isn’t just isolated to Indiana.

“I think it’s a concern for anyone that their personal data would still be there,” Blalock said. “I know for the most part, most recyclers take precautions not to leave that in. Particularly in the large self-service sector where you have people outside your business entering and having access to those vehicles. That would be a real concern if you have that.”

Indeed, that’s exactly what I-Team 8 discovered. All of the salvage yards we inspected included a self-service model where you pay a small entry fee and are permitted to roam free, unabated.

“Each year, about 14 million cars enter the end-of-life processing,” Blalock said. “I’m sure it’s a problem anywhere in the country where you have a large number of vehicles enter into the end of life program.”

Blalock thinks a law might be necessary, but others acknowledge it shouldn’t target auto salvage yards.

“I think maybe that a law may need to exist, but it doesn’t need to target salvage facilities,” Blalock said. “I think it starts right at the very beginning of whenever an accident happens. Tow companies, auto auctions. It has to start there as well.”

I-Team 8 reached out to insurance companies and tow facilities. Many declined to comment for this report. Those that did speak to us by phone said they would not remove personal items from a person’s car.