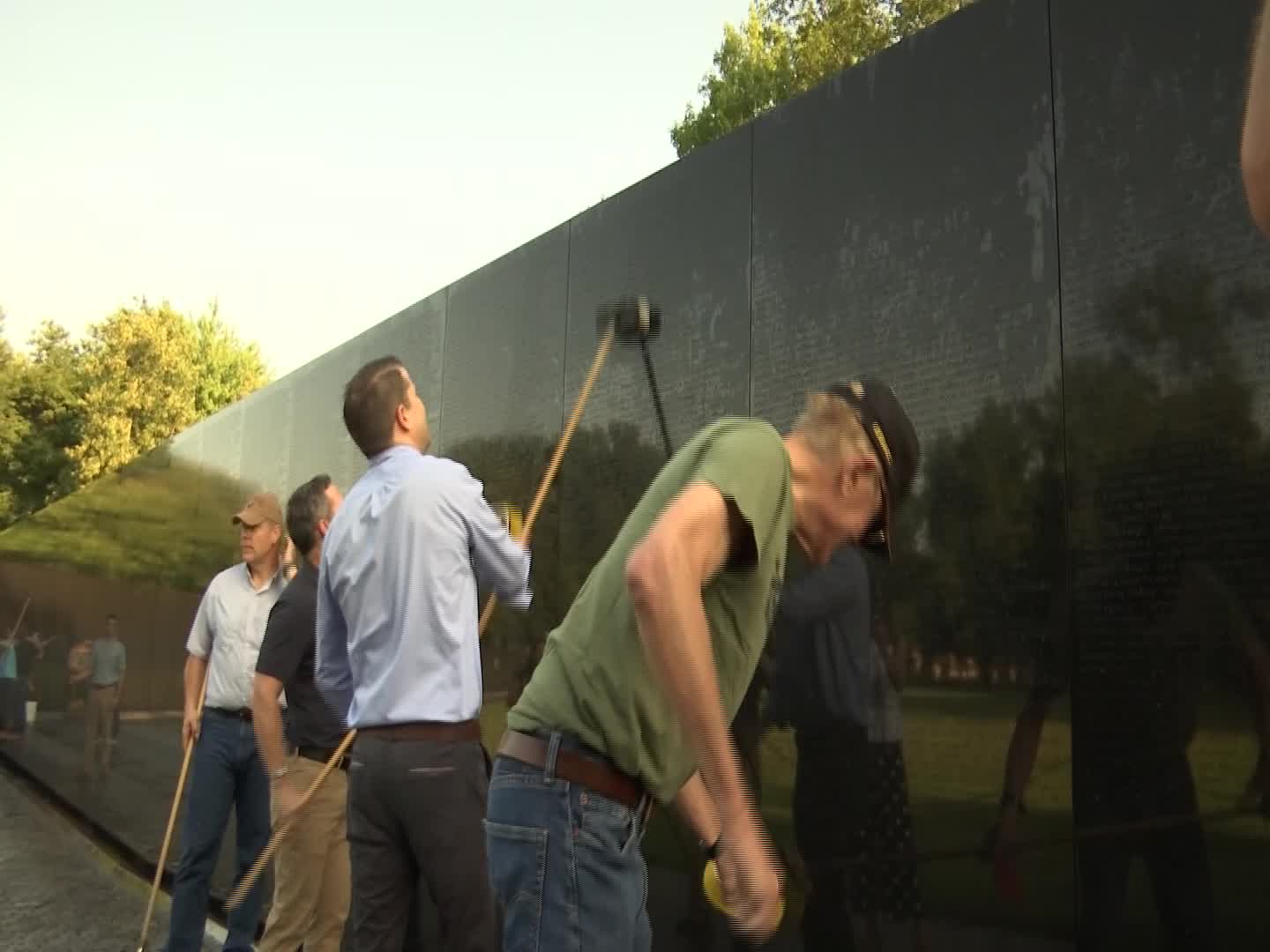 WASHINGTON (Nexstar) — Lawmakers put their political differences aside and picked up cleaning supplies to honor those who served and sacrificed during the Vietnam War.

“Serving the country again like we all did in various ways before getting here,” Rep. Seth Moulton, a 2020 Democratic presidential candidate.

Congressman Moulton served in Iraq. On Friday he joined with other veterans now serving as representatives on Capitol Hill. Republican Congressman Mike Waltz was the first Green Beret elected to Congress.

“This is essentially what we do in combat. We all come together regardless of background race, religion and creed and we come together for a common cause and mission,” Waltz said.

The Vietnam Veterans Memorial Wall recognizes more than 58,000 Americans who gave their lives during one of the longest wars in U.S. history.

“I think everything we do in Congress should have them in mind and be worthy of their sacrifice,” Waltz said.

Lawmakers said the public cleanup is one sign of bipartisanship. But Congresswoman Elaine Luria (D-Virginia) said they are also joining forces behind the scenes.

“We have the opportunity to work together on a lot of issues relative to veterans and military families,” Luria said.

It was a hands-on approach to ensure American heroes of the past, present and future are taken care of.