1 dead after car wraps around tree on Binford Blvd 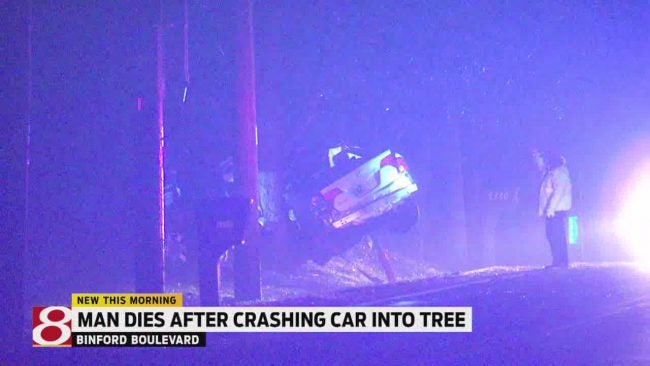 INDIANAPOLIS (WISH) – One man is dead after he crashed his car into a tree on the northeast side of Indianapolis late Friday night.

Police were called to the intersection of 71st Street and Binford Boulevard just before midnight on Friday.

The car was found wrapped around a tree, and the man was pronounced dead on the scene.

His name and age have not been released.

Police believe speed is a factor in the crash, and the driver’s impairment is still under investigation.