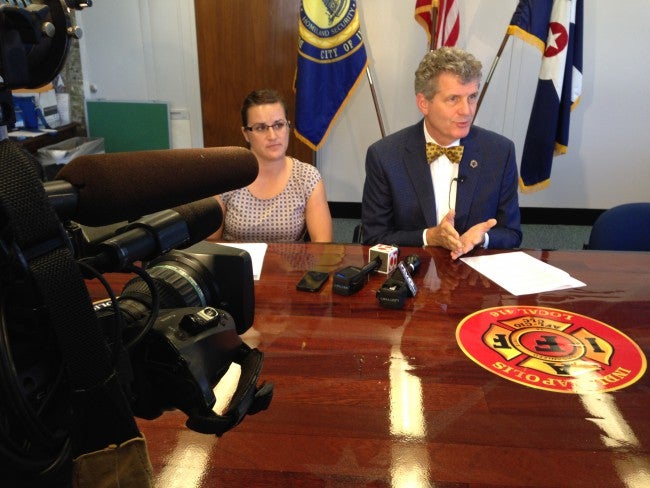 INDIANAPOLIS (WISH) — More than 100 dogs are in isolation at Indianapolis Animal Care and Control after learning two dogs that had been in the facility had canine distemper.

IACC officials said the two dogs were sick and possibly had pneumonia. Two rescue agencies took the dogs and had to put them down because of their deteriorating condition. Test results then showed the two dogs had canine distemper, a highly contagious virus.

Officials said another dog at IACC was showing symptoms of canine distemper and was put down as a precaution, but test results are pending.

104 dogs that possibly interacted with these animals are now in isolation and being treated and monitored.

Canine distemper is a highly contagious virus that is incurable. Young, unvaccinated puppies and non-immunized older dogs tend to be more susceptible to the disease.

Canine distemper has common symptoms that are similar to kennel cough like coughing and sneezing. The symptoms can them become a watery discharge coming out of the eye and nose, fever, reduced appetite, vomiting, and diarrhea. Experts said in later stages, the virus can attack the nervous system leading to seizures, twitching, and partial or complete paralysis.

IACC has a plan to slow the intake of animals, isolate dogs that interacted with them and clearing the kennel by allowing dogs to be adopted for free. These phases will be conducted over a three week period ending Oct. 13.

“If you would like to have a dog, this is probably the best time to get a dog because we’re going to waive all the fees,” said David Wantz, Indianapolis Public Safety Director. The fees waived include being spayed or neutered, vaccinated, microchipped and tested for heartworms. Only dogs deemed healthy enough will be allowed to be adopted.

Anyone hoping to adopt a dog must show proof that their current pets have been vaccinated. Adopters with puppies younger than four months or an elderly dog won’t be allowed to take one home at this time.

“I can’t guarantee any dog that goes home is not going to have (canine distemper),” said Amanda Dehoney, Deputy Director of Kennel Operations at IACC. “We’re taking precautions so that hopefully we don’t send a dog home with it and we’re giving you papers to watch out for it and ask you to seek medical care if you do see any signs.”

Once the kennels are clear, IACC staff plan to thoroughly clean them even though they say the virus can only survive on a surface for six hours.

“We’re going to actually take our cleaning protocols and improve them with a different kind of disinfectant,” said Wantz.

IACC is also slowing down how many dogs they take in to make sure more don’t catch the virus. People hoping to surrender a pet or drop off a stray will have to go somewhere else until after Oct. 13. But as a precaution, dogs will be vaccinated before getting turned away. If people need assistance caring for the dog during that time, IACC will provide cages, food, and other supplies.

Dogs from outside of Marion County won’t be accepted during this time. IACC officers will also use discretion to determine if a dog should be taken away from an owner.