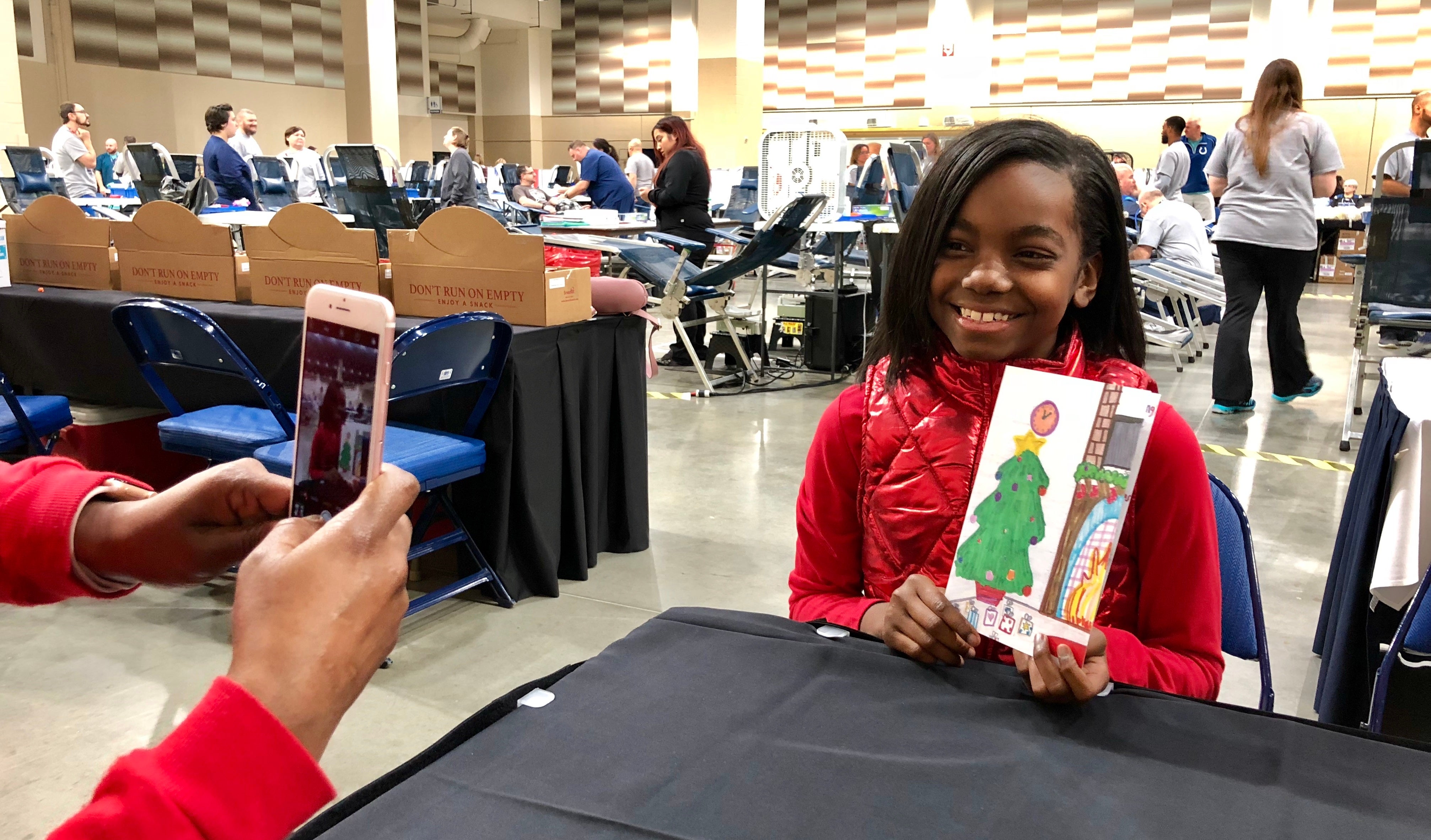 She was diagnosed with sickle cell disease three days after she was born and spent most of her childhood in and out of the hospital.

The condition, which has no cure, causes red blood cells to have an irregular “sickle” shape, slowing or blocking blood and oxygen flow to certain parts of the body. Symptoms include pain, swelling, anemia, delayed growth, vision problems, frequent infections and stroke.

Roberts, the youngest of three children born to Tamara and Chris Roberts, hides her battle with a glowing smile.

The family focuses on love and faith, they told News 8, rather than pain and setbacks, and hopes their story will raise awareness of the disease and the life-changing impact of donating blood.

The vivacious pre-teen giggled with her siblings Saturday morning at Lucas Oil Stadium, and squirmed as her mother tried to smooth her hair and straighten her Christmas-red vest.

Roberts and her family attended the annual “Bleed Blue” event hosted by the Indianapolis Colts, the largest single-day blood drive in Indiana, to personally thank donors for giving the gift of life.

Each of the more than 1,500 donors who participated in the drive received a special edition football signed by Frank Reich, as well as a holiday-themed “thank you” card illustrated by Roberts.

A message inside the card, handwritten in five colors of ink, brought several donors to tears when they realized their blood could help the artist herself:

“Thank you for donating. You have saved not 1 but 3 lifes!
Merry Christmas.