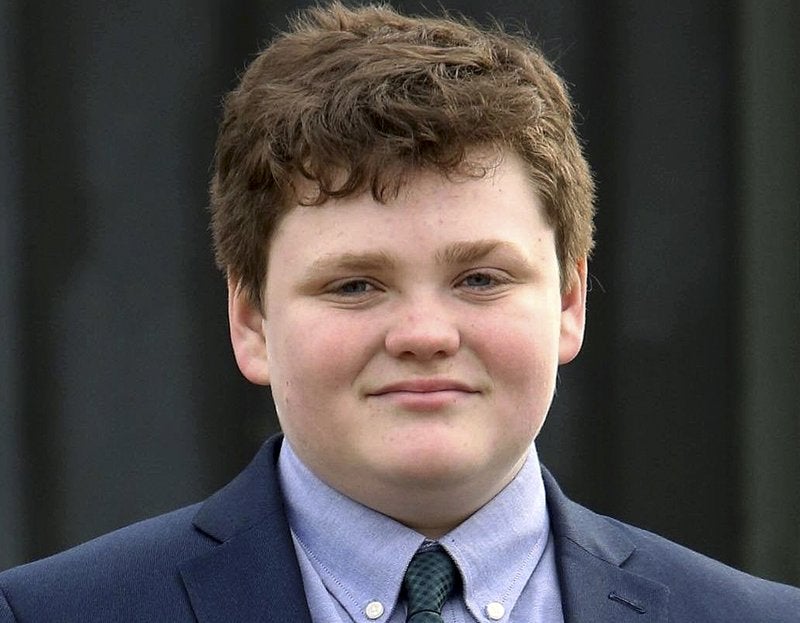 BURLINGTON, Vt. (AP) — One of the four Vermont Democrats seeking the party nomination to run for governor in the fall election isn’t old enough to vote, let alone drive.

Ethan Sonneborn, 14, of Bristol, met the requirements to be on the primary ballot and is taking his place with the state’s more age-appropriate candidates on the Tuesday primary ballot, to say nothing of numerous candidate forums and debates.

“I think Vermonters should take me seriously because I have practical progressive ideas, and I happen to be 14, not the other way around,” Sonneborn said in a recent televised gubernatorial forum. “I think that my message and my platform transcend age.”

The Vermont Constitution doesn’t have an age requirement for people seeking the state’s highest office beyond having lived in the state for four years before the election. Sonneborn qualifies.

That apparent oversight by the state’s founders more than 225 years ago was enough to encourage the politically precocious teen to collect the signatures needed to place him on the primary ballot.

He said he’s always been fascinated with the concept of building coalitions. Robert F. Kennedy was the politician who most embodies that for him.

Sonneborn said his decision to run grew out of his frustration with state and national politics. The teen learned he could, and then decided to do so as a gut reaction to clashes in Charlottesville, Virginia, one year ago.

His July finance report shows Ethan has raised just over $1,700, not enough to make him competitive in a world where the successful candidates will undoubtedly have to spend hundreds of thousands of dollars, if not more, for ads, mailings, staff and other miscellaneous political expenses before the November general election.

Even if he doesn’t have much money, Ethan has been on the stage with Vermont’s other Democratic candidates.

It might be a stretch, though, to call the other candidates traditional politicians.

Former utility executive Christine Hallquist says her experience and ideas make her the best choice as Vermont’s next governor, but outside Vermont she’s pitching herself as someone who would, if elected, become the nation’s first transgender political candidate. There is also James Ehlers, an environmentalist, Brenda Siegel, a dance festival organizer.

Last January, two Vermont lawmakers introduced a bill that would require candidates to be registered voters. The proposal went nowhere. At a recent news conference, Republican Gov. Phil Scott said he thought lawmakers should take a look at who should be able to run for the state’s highest office.

“I think you should at least be able to get your driver’s license at the time that you become governor,” said Scott, who is seeking re-election and is facing businessman Keith Stern in the Republican primary.

Sonneborn thinks he’ll do better in the primary than people are expecting. And he measures his campaign’s success another way, too.

“I think if I can get one person who wasn’t involved in the political process before involved now, then my campaign will have been a success,” he said.