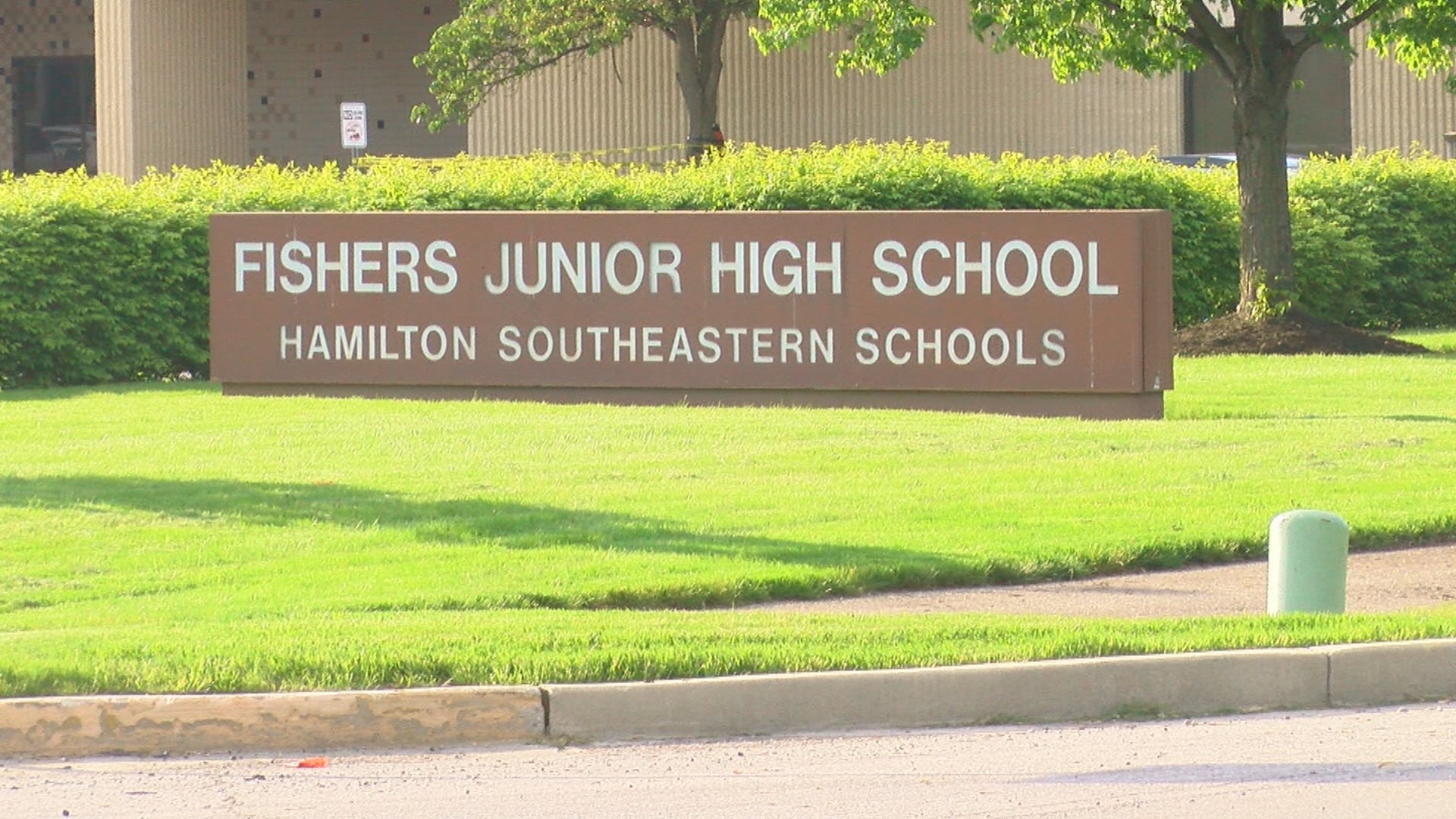 FISHERS, Ind. (WISH) — A 15-year-old Fishers boy is charged with intimidation in relation to a social media threat made during the weekend against Fishers Junior High School, police said Tuesday.

The teen faces several charges now. Fishers police will be at all school buildings through the end of the year.

Fishers Police Department said detectives discovered new information in the past two days that led to the charge. The boy, who was not named by police, also faces charges of disorderly conduct for disruption of an institution, resisting law enforcement and battery on a law enforcement officer, police said.

On Tuesday morning, Fishers police issued a search warrant for a home in the 12200 block of Weathered Edge Drive, which is near 126th Street and Brooks School Road. Police said several electronic items were seized, and officers arrested the boy.

He was taken to the Hamilton County Juvenile Detention Center in Noblesville.

Police would not elaborate more about the threat to the school.

The junior high is in the Hamilton Southeastern school district. The district issued a statement to HSE families and staff that said, in part, “The administration at Fishers Junior High School is working closely with our District Safety Team and the School Resource Officer Unit on the social media threats stemming from Sunday. Please know that we take any and all threats against our schools seriously and we will aggressively investigate each one. We will continue to have police presence at all of our buildings, including Fishers Junior High, for the remainder of the school year.”

“It’s always a concern. You send your kid out there, and you don’t know what the heck is going to happen,” said Ernani Magalhaes, who has a daughter in kindergarten in the Hamilton Southeastern Schools’ system.

Several parents say they’ve been really happy with Hamilton Southeastern Schools’ transparency about this threat and others.

Parents received an email Tuesday afternoon about the latest developments.

The felony intimidation charge was at least the second issued against an Indiana student this week.

WTWO in Terre Haute reported what was perceived as a threatening comment prompted a police response to Terre Haute North Vigo High School on Monday evening and an intimidation charge against a juvenile.

Vigo County School Corp. Superintendent Robert Haworth said a student going to an adult education class at the school made a comment that a security officer perceived as a threat against the building. Terre Haute Assistant Police Chief Matt Carden said no weapon was involved.

Haworth said the adult education student was not a student at the high school.

Haworth said a senior awards event was halted at the time of the police response but later continued after the building was checked.