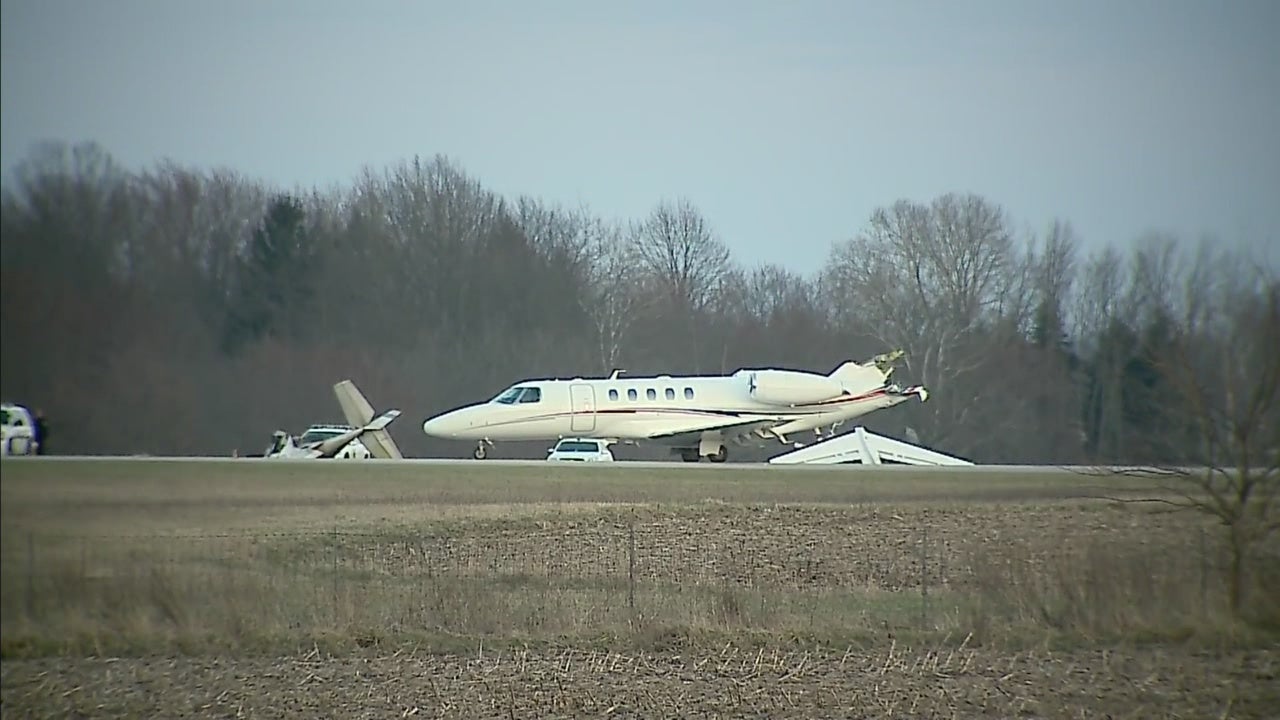 Two Elwood men died Friday afternoon when their plane clipped a larger one while taking off from the Marion Municipal Airport, the Grant County coroner said.

Grant County Coroner Chris Butche said pilot Kyle M. Hibst and passenger David K. Wittkamper, both 31, died in the crash. Hibst died in a fire that erupted from the crash while Wittkamper was ejected from the plane. Their bodies were being taken to the Northeast Indiana Forensics Center in Fort Wayne for autopsies that likely will happen Tuesday.

Hibst’s Cessna 150 was taking off heading southeast when it hit a Cessna 525 Citation jet and clipped the top of its tail as it taxied on the runway after landing. The collision caused a fire aboard the Cessna, the coroner said.

No one aboard the Cessna 525 Citation jet was injured, the coroner said.

Hibst was the emergency medical technician chief and a firefighter and Wittkamper was a firefighter with the Pipe Creek Township Fire Department in Elwood.

Residents pulled their cars onto a side road to get a peek at the crash.

Marion police dispatchers said they had no information about the crash and could not provide a department source to comment. They said a news release will be issued.