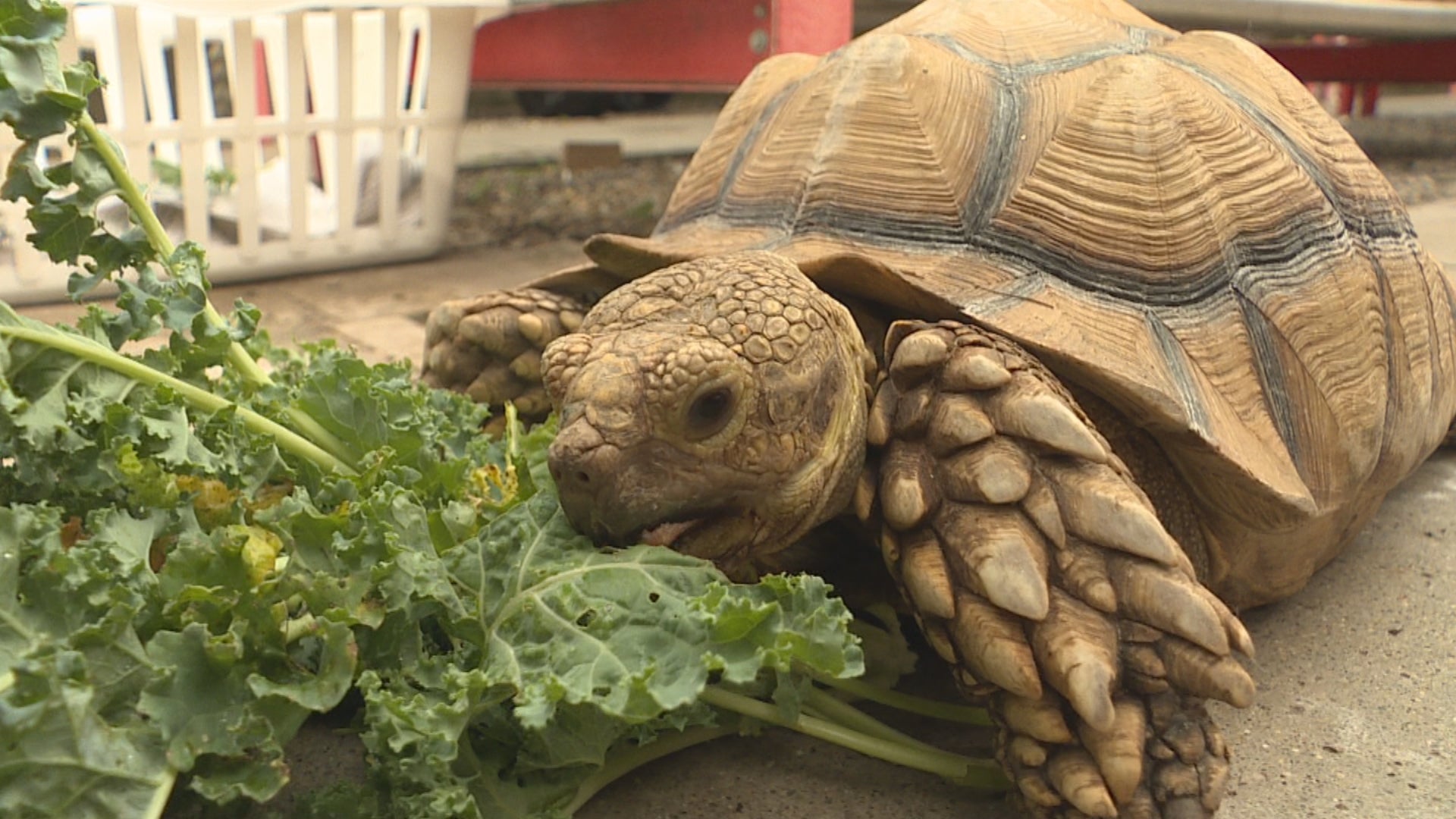 INDIANAPOLIS (WISH) — Monday brought a happy ending after a pair of beloved tortoises spent much of the weekend outside of their Garfield Park home.

After their return, mystery still surrounds what exactly happened to the one of the tortoises.

“Here you go Proximo. You’re home!” said Susan Micks, a horticulturalist at the Garfield Park Conservatory, as she lifted the tortoise out of a crate on Monday.

Proximo and Chumley disappeared from the conservatory this weekend.

“I was told Saturday. Neither one of them were here where they’re supposed to be. So, it’s a mystery,” Susan Micks explained.

Micks picked up Proximo, an African spurred tortoise, on Monday morning in Carmel.

“I was not expecting that it was going to be a call from Carmel,” Micks said with a laugh and smile. Micks said Proximo was well taken care of.

“I do know the people who had her today said a neighborhood couple contacted them that they had this tortoise.” Micks explained.

With Proximo back home, the park was still searching for Chumley.

Early Monday afternoon, WISH-TV’s David Williams was the only reporter there for Chumley’s return.

Two firefighters with the Indianapolis Fire Department brought Chumley back to the conservatory after a grandfather dropped the tortoise off at nearby Fire Station No. 29.

“He said his grandkids picked it up in the park. He told them they could not take it home. They packed up a whole bunch of stuff from the park, including tents and chairs. He was unloading this morning, when he unloaded his vehicle this morning, this was in the vehicle,” IFD Lt. Jimmy Hodges told Spaulding.

News 8 was there as Chumley ate his first meal at home Monday, reunited with Proximo.

“They look absolutely wonderful. They seem to have an appetite, and they’re just kind of getting along as if nothing happened,” Spaulding said.

The people at the conservatory want to thank everyone on social media who helped find the tortoises, as well as IFD and the people in Carmel. Spaulding said she believes the park team will get together and see what, if anything, needs to be done to protect the animals in the future.

If you would like to see the tortoises, they are at the Garfield Park Conservatory.