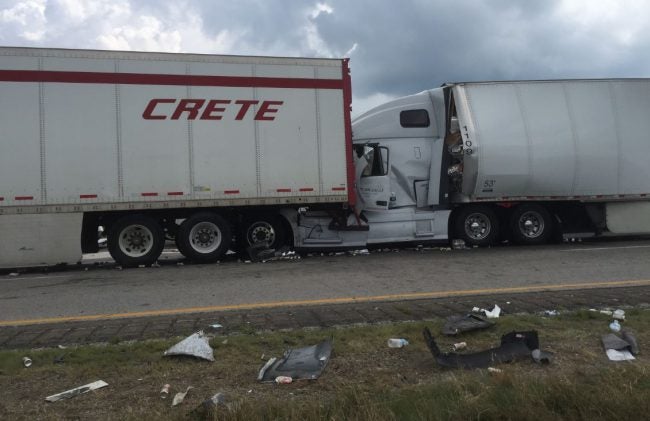 Emergency crews were called to eastbound I-70 at the Knightstown exit around 1:30 p.m. after four semis and a pickup truck crashed.

He rear-ended a semi driven by 30-year-old William Brown of Cambridge, Ohio. Brown and other vehicle were stopped due to the construction.

Brown’s vehicle then rear-ended a semi driven by 62-year-old Rober Campbell of Worth, Illinois.

Campbell was pushed into a third semi with 26-year-old Amos Fisher of Honey Grove, Pennsylvania, behind the wheel.

Firefighters had to pull Young out of his vehicle. He was airlifted to St. Vincent Indianapolis Hospital with unknown injuries.

Fisher and Creamer were not injured.

A portion of eastbound I-70 was closed for nearly four hours.