3 Minutes: Trump meeting with Dems goes bust in a flash 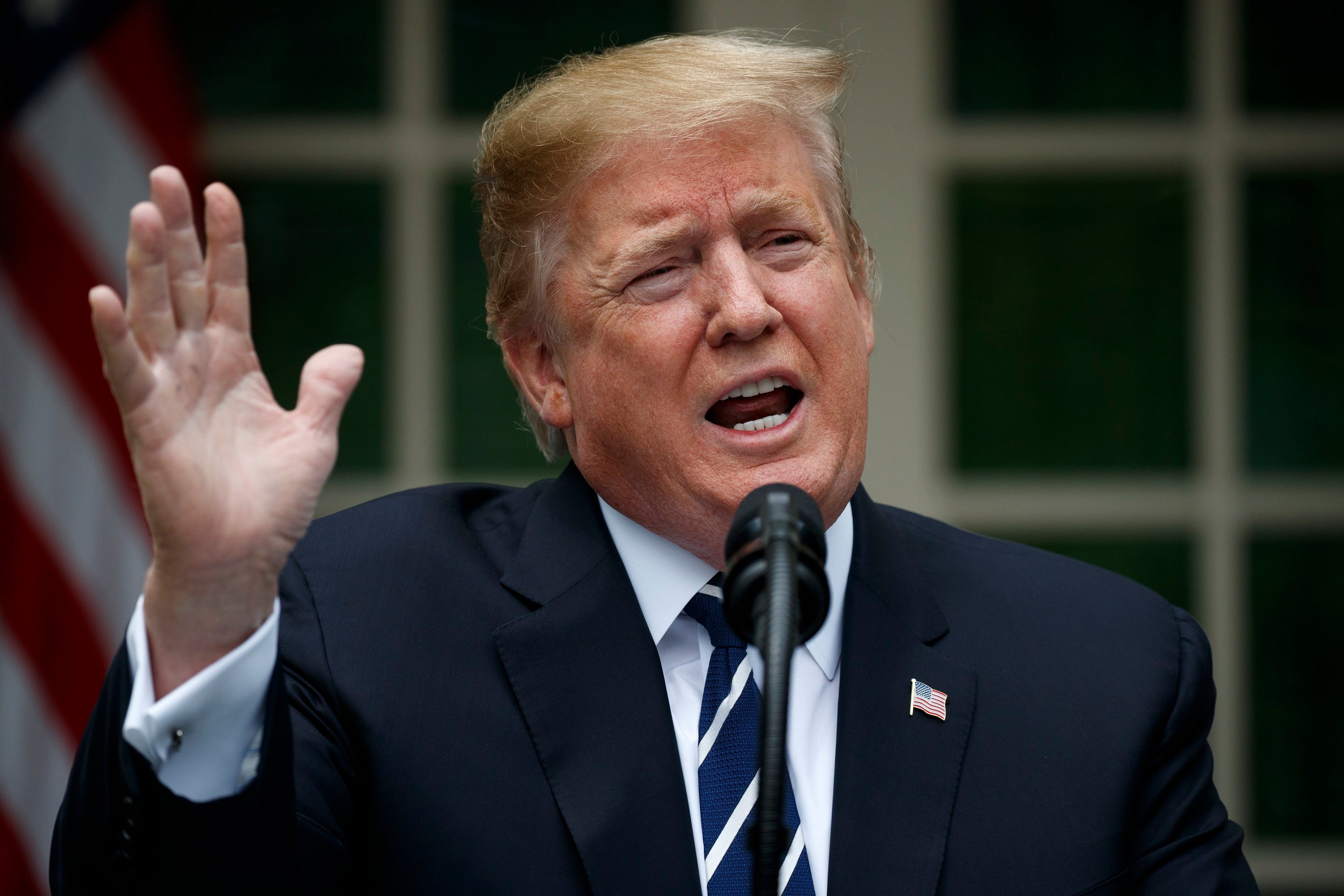 WASHINGTON (AP) — The curtains in the Cabinet Room were drawn. The Democrats were waiting. And President Donald Trump came and went in three minutes, never stopping to sit down or shake hands.

Trump’s angry walkout on Wednesday left behind a shattered bipartisan infrastructure effort and an escalation of tension between the president and the congressional Democrats investigating him. He barked at House Speaker Nancy Pelosi for earlier suggesting he was involved in a “cover-up” and headed to the Rose Garden for an impromptu news conference in which he declared that he would not work with Democrats if they continue with their probes.

“I don’t do cover-ups,” Trump said. “You can’t do it under these circumstances. So get these phony investigations over with.”

Trump’s anger had been building well before he stepped into the Cabinet Room for a follow-up meeting with Democrats about an infrastructure deal that both parties already suspected was on life support.

Long upset by the wave of Democratic investigations into his administration, Trump was incensed by reports Tuesday that some of his closest former aides, including ex-communications director Hope Hicks, for whom the president has long had a soft spot, were being subpoenaed to testify, according to three White House officials and Republicans close to the West Wing. The three spoke on condition of anonymity because they were not authorized to speak publicly about private conversations.

The president reached a boiling point just a few hours before the meeting when he saw media coverage of Pelosi’s remark. She told reporters after a private meeting with House Democrats that Trump was “engaged in a cover-up” even as she tried to temper impeachment talk in her own party. Trump told aides that he would refuse to work with Democrats.

After the president left the Cabinet Room, Pelosi looked across the table at Treasury Secretary Steven Mnuchin and others around the room and described how Presidents Thomas Jefferson and Theodore Roosevelt brought people to the White House to solve infrastructure problems, but this president chose to walk out. The speaker added that she was not surprised Trump bailed, according to three people with knowledge of the exchange who spoke on condition of anonymity to describe the private moment.

Senior White House counselor Kellyanne Conway then whirled to Pelosi and asked if she had “a direct response to the president.” Pelosi replied: “I’m responding to the president, not staff.”

Moments later, as the room emptied, Conway, miffed that Pelosi chose not to respond directly to her, turned to the speaker and said: “Really great, that’s really pro-woman of you.”

Outside, in the Rose Garden, a printed sign that read “No Collusion” and “No Obstruction” was hastily posted on the president’s lectern. White House reporters were summoned for an unscheduled news conference in the Rose Garden, photographers jockeying for position in the moments before the president appeared. And Trump held up a printed version of an ABC News graphic depicting the cost and breadth of special counsel Robert Mueller’s probe, but notably did not highlight its second page — the one that listed the number of indictments Mueller produced.

Speaking at the Capitol a short time later, Pelosi again needled the president by invoking how Trump could not measure up to previous presidents.

As Washington reeled from the Rose Garden spectacle, Trump turned to Twitter to make his sarcastic retort: “Nancy, thank you so much for your prayers, I know you truly mean it!”