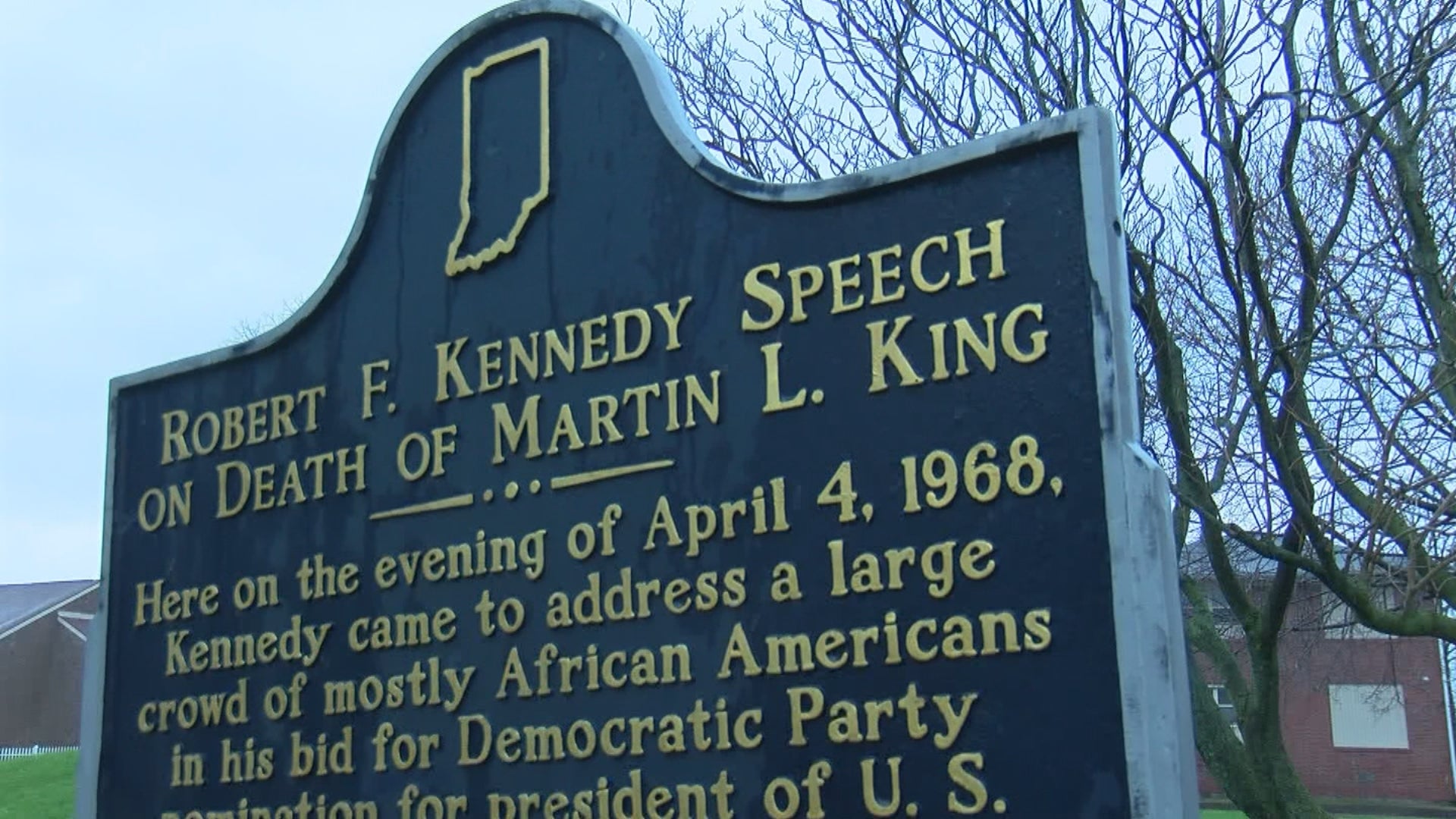 INDIANAPOLIS (WISH) — April 4, 1968 will forever be remembered as the day civil rights leader Martin Luther King Jr. was assassinated in Memphis. Senator Robert F. Kennedy was charged with delivering the news and a speech to a crowd right in the heart of Indianapolis that evening.

51 years later city leaders and the King Kennedy Memorial Initiative are celebrating both men and what they stood for; peace and unity for our country.

During their annual April 4th Commemoration, they welcomed comments from those who were present during Kennedy’s speech.

The Kennedy King Memorial at Martin Luther King Junior Park is also home of the Landmark for Peace sculpture that sits in the center of the land.