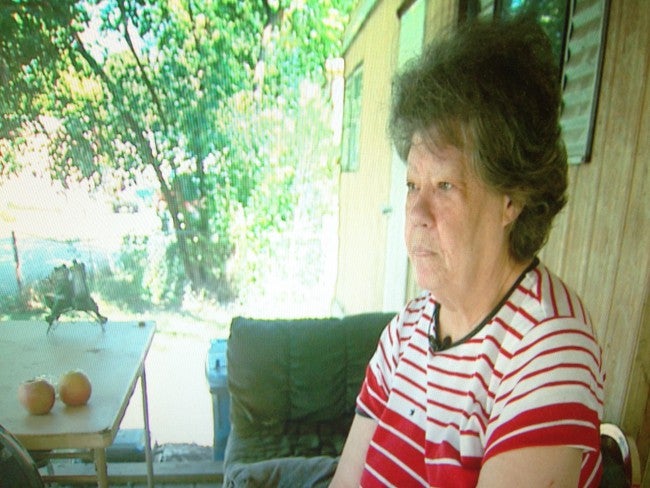 INDIANAPOLIS (WISH) – In a matter of seconds a stranger stood in Edna Asher’s living room on the 3500 block of Steer Street.

The intruder entered her home through an unlocked front door. Once inside, he demanded that the 63-year-old give up cash and prescription drugs.

During the demands, the suspect started slapping Asher. That is when she grabbed her cane and struck the man twice. The suspect then ran out the door.

“This is my house, and no one is going to come in and mess with me. I’m not going to allow it,” said Asher as she sat on her porch.

Asher doesn’t have prescription drugs, but she does carry cash. Police only have a vague description of the suspect. Neighbors are now on alert watching out for strangers or unfamiliar vehicles traveling in the neighborhood.

“I thought it’s not right. No one should be touching someone like that,” said one of Asher’s neighbors.

Asher admits she left her front door unlocked because on Saturday because she was inside and it was just 6:30 p.m.

During the attack Asher said she wasn’t scared because she believed she had a little extra strength when she swung her cane at the suspect.

“I believe God watches me all the time,” said Asher.

However, because of this latest incident she is now not only locking her doors but also her windows as well.