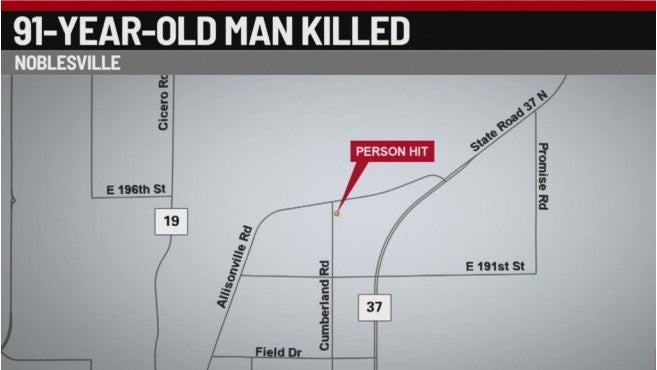 NOBLESVILLE, Ind. (WISH) – One person is dead following a Sunday afternoon crash in Noblesville, according to the Noblesville Police Department.

NPD says they were called to the 1900 block of Cumberland Road just after 3 p.m. for a report of a crash involving a pedestrian.

After arriving on the scene, officers learned that a 2001 Mercurcy Marquis, driven by 85-year-old George Allen, was traveling northbound when 91-year-old James Cross, for an unknown reason walked into the path of the vehicle.

Cross, as a result of the collision, sustained serious injuries and was transported to IU Health Methodist Hospital in critical condition. Police say that just after midnight on May 6 Cross passed away as a result of his injuries.

Neither Allen nor his passenger were injured in the crash.