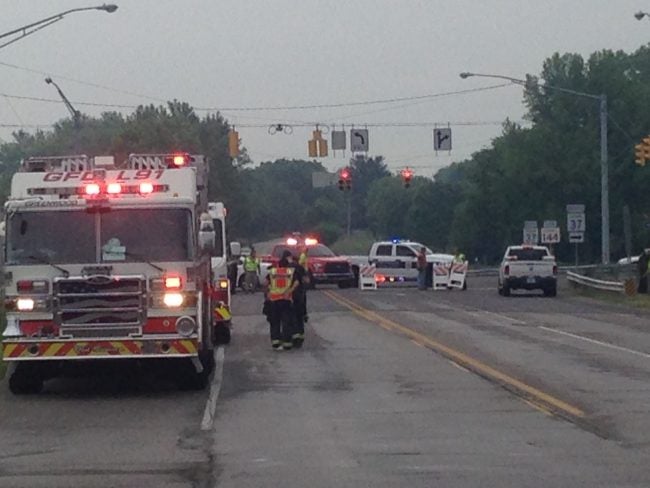 BARGERSVILLE, Ind. (AP) – Authorities say hundreds of gallons of phosphoric acid spilled south of Indianapolis, prompting road closures and the evacuation of the immediate area nearby.

The Bargersville fire department says a semi-truck was carrying a load of chemicals when a container leaked, spilling the acid onto a road and into a drainage ditch.

No injuries were reported. The intersection of State Road 37 and State Road 144 in Johnson County was shut down Wednesday morning as hazardous materials crews responded.

The (Franklin) Daily Journal reports the acid was for use as a metal cleaning agent and could have caused contact burns if it touched anyone’s skin. Fire department Chief Jason Ramey says the truck driver was decontaminated because he stepped into some of the leaking material.

Ramey says a cleanup company will dig up some soil, but the spill isn’t expected to affect water supplies.