After crash claims owners, family dog on the road to recovery 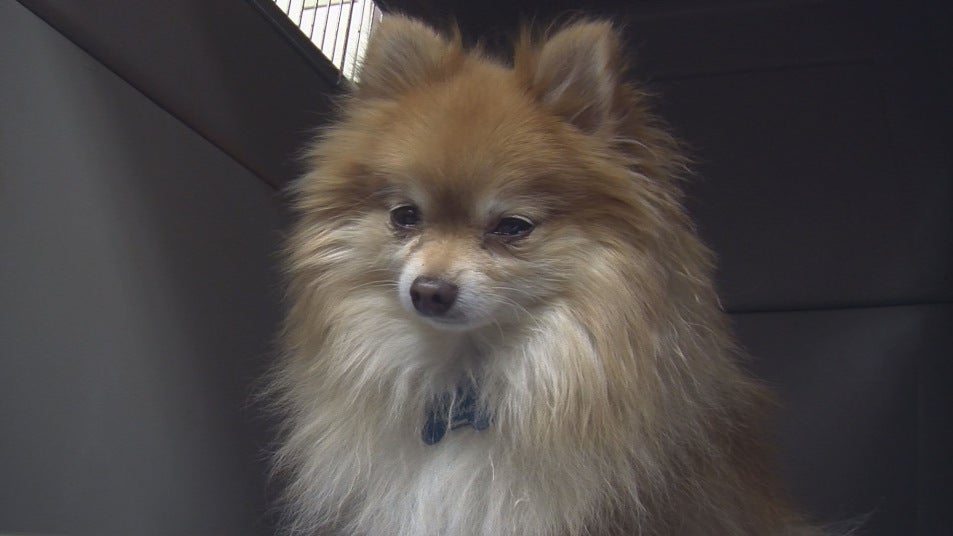 Monday morning, Tiny was rescued by Newton County Animal Control after he was in a car involved in a wreck on State Road 10. His owners, 86-year-old Robert Lee McDaniel and 77-year-old Ilea McDaniel, were killed in the crash.

“When we got there two cars were involved. It was chaotic,” Rowe said.

“[Tiny] was just down on the floorboard,” Cain said. “He was just very scared and cold because it was cold out. We weren’t expecting something that small, but he’s just a beautiful little dog.”

At not even four pounds, the officers didn’t know what kind of injuries Tiny had. A vet visit showed no broken bones, but he was treated for a concussion.

Although Tiny is starting to act like a normal dog, Rowe and Cain said he can sense something isn’t right.

“As far as what he meant to the victims we didn’t get much information, but you can tell in Tiny that he is lost,” Rowe said.

“It’s always a hard thing to see,” Cain said. “Here is this poor animal, these are the people who love and care for him, and they’re not here any longer.”

Family members contacted animal control immediately to find out about Tiny. They traveled from out of state to pick up Tiny Tuesday afternoon.

Tiny is on the long road to recovery, and could be a big part of a family’s healing.

All Indiana Politics / 20 mins ago