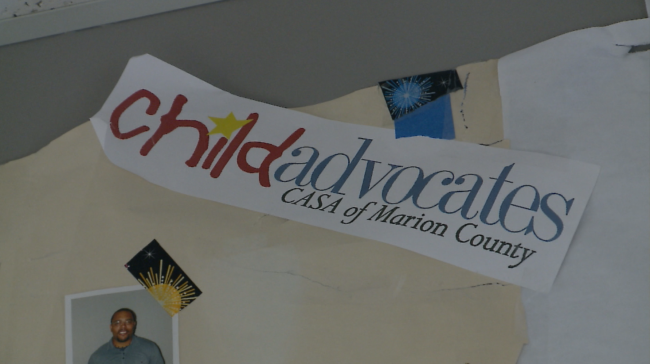 INDIANAPOLIS (WISH) — An organization that helps the most endangered children in Indianapolis said it is in crisis. Child Advocates of Marion County says it is in desperate need of volunteers, as Child in Need of Services, or CHINS, cases skyrocket.

The agency said Marion County has more than 1,000 more CHINS cases than in it did this time last year.

Annie Robinson has been a volunteer helping children in need for 22 years. That’s longer than anyone in Marion County.

“I do have a passion and a heart for helping children,” said Robinson.

Miss Annie, as she’s called, has seen the change in recent months.

“There are more families, more kids in the system,” said Robinson.

The sudden spike started last March. Since then, Marion County has seen an average of 16 new CHINS cases every day. Full-time staff members are stretched to the max, caring for hundreds of kids at once. Volunteers typically focus on one child at a time, but now they’re being asked to take on two or three.

“As a volunteer I am able to help that child or children in the system by being that voice — I’m one person but my voice can be heard,” said Robinson.

If anyone knows the impact of just one voice, it’s Danielle Pierson. She was in foster care from the time she was 6 years old. She clearly remembers what it is like.

“You’re trapped — to having to deal with something that as a kid, no kid should have to deal with,” said Pierson.

When she reached ninth grade, she met her advocate.

“If it weren’t for him coming into my life at that point, I know that the road for me would have been very different,” said Pierson.

Pierson says without her advocate, she never would have become an advocate herself. Now Pierson is working full time for Child Advocates, helping kids deal with situations that have grown worse and worse. The abuse is more severe, the drugs are more easily available, and now it’s not just the parents using.

“When you have a 15-year-old heroin addict, that is concerning … this is new for Marion County,” said Pierson.

Child Advocates says the need for volunteers has never been greater. Volunteers work to make sure each child is in the right foster home, reunited with their parents, or adopted. If you’d like more information about volunteering click here.