Aggravated assaults on the rise near IU campus 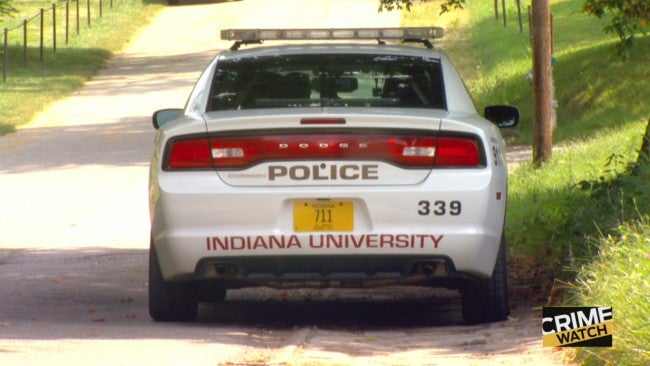 Bloomington police said IU students are the main target for thieves. Reports showed a 57 percent increase in thefts from vehicles during the first week of classes. Police said most of the thefts occurred in neighborhoods just south of campus between South Washington Street and South Ballantine Road. The majority of the victims had car windows smashed with wallets, purses and backpacks taken. Officers said the items had been left in the vehicles. One victim reported over $150 in cash was stolen.

Mia Rivera, an IU freshman, said, “I feel like it feels very safe. I also tend to stick to paths in certain areas and I usually walk with friends.”

Tareq Aljohani, a sophomore at IU, said, “I have heard about someone having a gun next to the dorm.”

According to the September 2014 report, there was only one arrest for illegal weapons possession in 2013. There were no arrests in 2012. IUPD said guns are rare on campus.

Lt. Craig Munroe with the Indiana University Public Safety said,  “The weapons violation you’ll see very few of those. Those aren’t very common on this campus. What you’ll mostly see are alcohol arrests. Those statistics are fairly high.”

Despite the decrease, police believe alcohol is still a major contributing factor to crime on and around IU Bloomington.

Joe Qualters with the Bloomington Police Department said, “Certainly because of the population that we serve, we recognize that there’s going to be issues related to the consumption and overconsumption of alcohol. And there are a number of issues that come from that, whether that be aggravated assaults that might happen either at large parties or outside of the bars. Some sexual assaults have alcohol as a root problem. You have vandalism that takes place. Somebody might be walking home from the bars and suddenly think it’s a great idea to throw a rock throw a window or break a mirror off or something like that.”

One way the university is trying to keep it’s students safe is by encouraging them to use the blue light emergency phone. The phones, which can be found spread across IU Bloomington’s campus, allow students to call police, EMS, or the fire department. The phones can also be used for minor emergencies.

Lt. Munroe said, “Say you need a tow truck or you need someone to help you get in your car because you forgot your keys and you need to call a roommate or somebody, you can dial that number directly from those phones.”

IU Bloomington also alerts students about crimes via text messages and emails so the students can avoid the area.

Also, there is a Safe Escort service as an alternative to walking alone at night. The program provides free rides within the City of Bloomington. Click here to see hours of operations and to find out how to request a free ride. Last school year, the program provides 12,525 safety escorts.