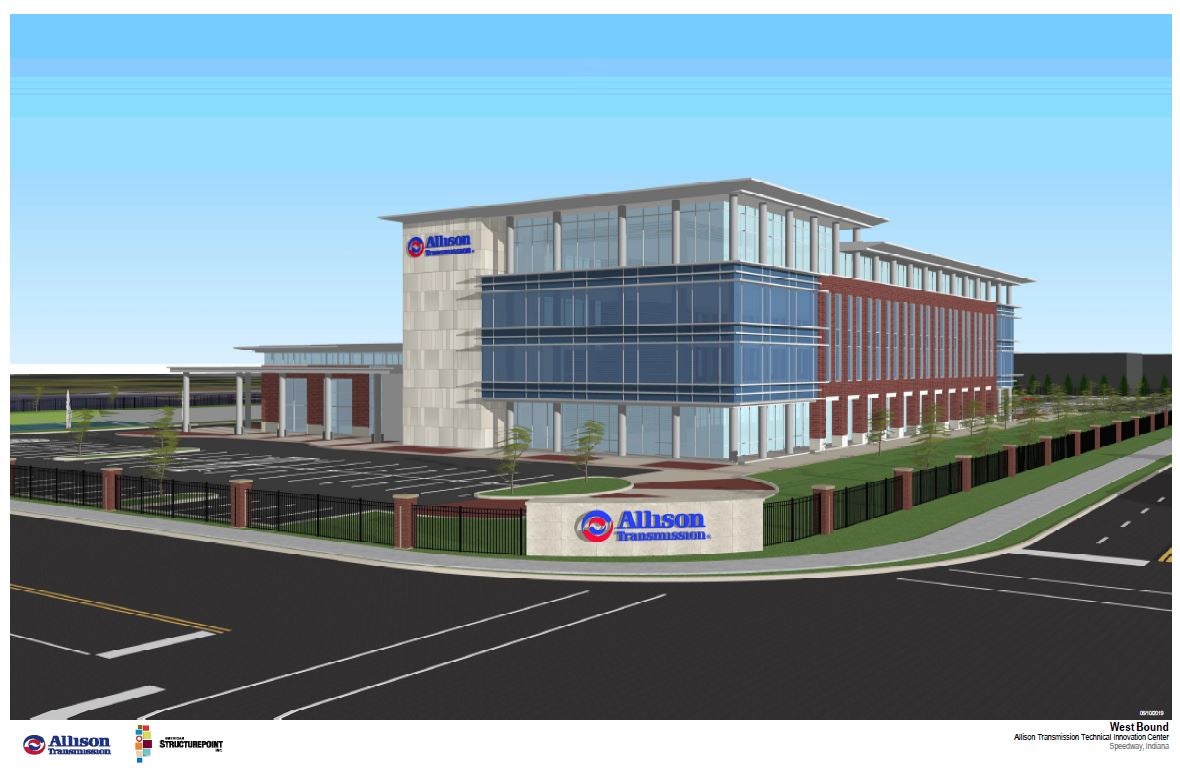 The company that makes propulsion systems for medium- and heavy-duty commercial vehicles announced the expansion Friday along with Indiana Gov. Eric Holcomb, Indianapolis Mayor Joe Hogsett and others as a groundbreaking was held for the company’s Innovation Center in Indianapolis.

Allison Transmission plans to invest more than $400 million in its business, including a new Vehicle Environmental Test facility in Indianapolis that was recently announced. The facility will include two environmental chambers capable of simulating temperature extremes, altitude and on-road conditions.

The Indiana Economic Development Corp. offered Allison Transmission up to $7 million in conditional tax credits and up to $50,000 in conditional training grants based on the company’s plans.