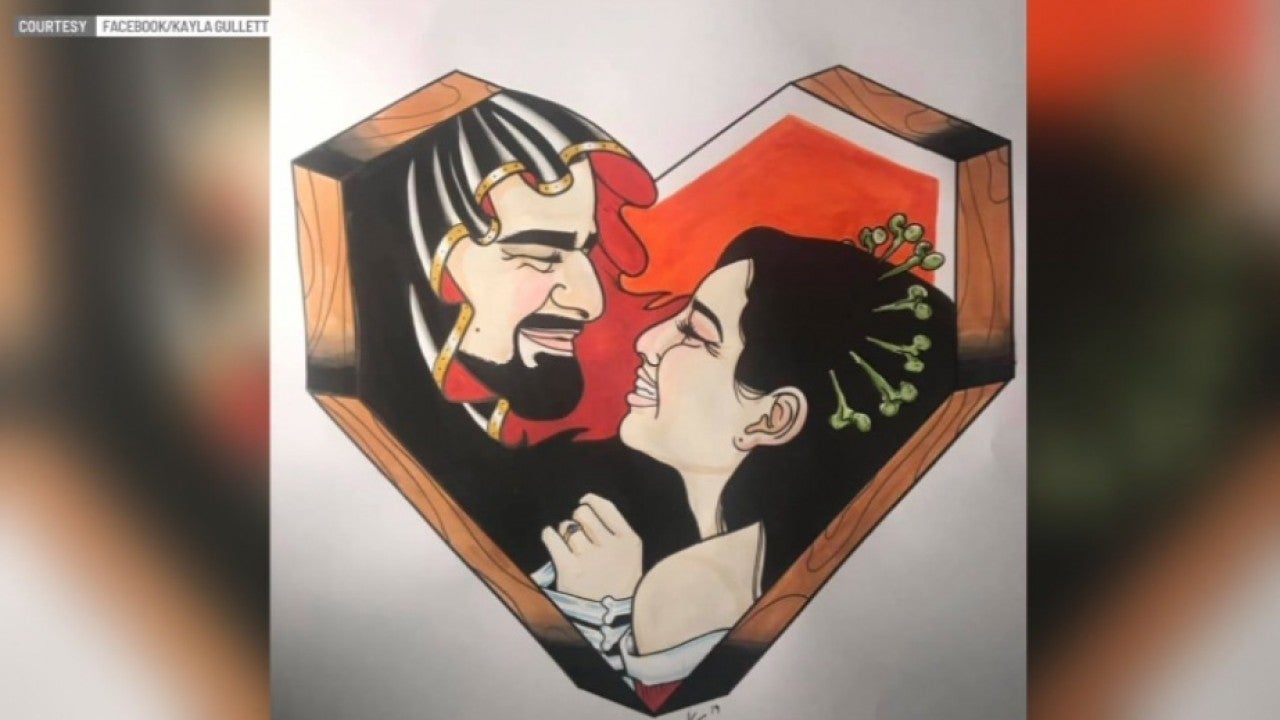 INDIANAPOLIS (WISH) — A scholarship fund was created Wednesday in memory of a Winchester woman killed in a weekend interstate crash near downtown Indianapolis.

Kayla Gullett, 27, was a popular server at Kuma’s Corner in Fountain Square, her former coworkers said.

She had been hired in 2015 as part of the original bar staff and worked various jobs in the kitchen, at the door and behind the bar.

“She was a part of every single person’s life in here,” said Luke Tobias, the Kuma’s Corner managing partner who hired Gullett. “She was so approachable and friends with everyone. She taught me so much. She left her mark on everyone she met.”

Gullett also left her mark on the wall of Kuma’s Corner; her art is displayed opposite the bar.

“She was super invested in her art,” Tobias told News 8. “She started showing me these pieces of art that she had been working on. She was real excited about it. I bought a piece that first day.”

The budding artist and avid motorcyclist was riding westbound early Saturday morning on I-70, near Harding Street, when she struck the back of a vehicle stopped in the left lane of the highway, authorities said.

Gullett was pronounced dead at the scene.

The bar closed early Saturday afternoon so colleagues could mourn her passing.

“It is with the heaviest heart imaginable — in shock, disbelief and with the most profound sense of loss — that we announce the passing of one of our family,” a sign posted on the door read. “Kayla Gullett was with us from the beginning and this restaurant grew up at the same time that she did… We are crushed.”

One of Gullett’s last posts on Facebook — shared less than 48 hours before her death — was a plea to “PLEASE, watch out for motorcycles.”

Kuma’s Corner staff took to social media Wednesday to share a GoFundMe link for the Kayla Gullett Scholarship fundraiser. Within 11 hours, the campaign had raised more than $4,000.

The $10,000 scholarship will be awarded to an art student at a local magnet high school, fundraiser organizers said.

“Thank you for helping us keep her passion alive,” friends wrote on the GoFundMe page. “We love you so much, Kayla.”