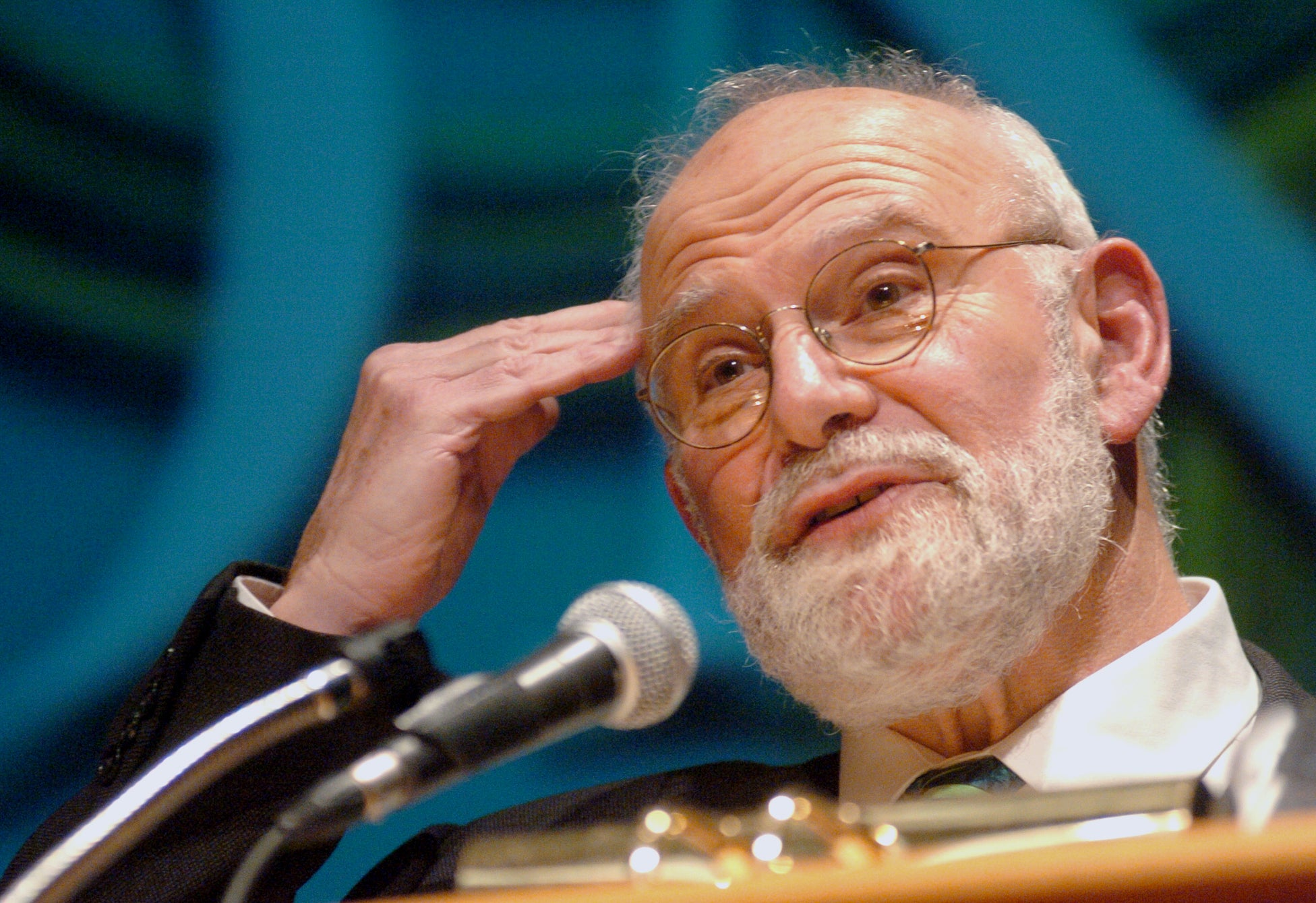 NEW YORK (AP) – There was the blind man who had the disastrous experience of regaining his sight. The surgeon who developed a sudden passion for music after being struck by lightning. And most famously, the man who mistook his wife for a hat.

Those stories and many more, taking the reader to the distant ranges of human experience, came from the pen of Dr. Oliver Sacks.

Sacks, 82, died Sunday at his home in New York City, his assistant, Kate Edgar, said. In February, he had announced that he was terminally ill with a rare eye cancer that had spread to his liver.

As a practicing neurologist, Sacks looked at some of his patients with a writer’s eye and found publishing gold.

In his best-selling 1985 book, “The Man Who Mistook His Wife for a Hat,” he described a man who really did mistake his wife’s face for his hat while visiting Sacks’ office, because his brain had difficulty interpreting what he saw. Another story in the book featured twins with autism who had trouble with ordinary math but who could perform other amazing calculations.

Discover magazine ranked it among the 25 greatest science books of all time in 2006, declaring, “Legions of neuroscientists now probing the mysteries of the human brain cite this book as their greatest inspiration.”

Sacks’ 1973 book, “Awakenings,” about hospital patients who’d spent decades in a kind of frozen state until Sacks tried a new treatment, led to a 1990 movie in which Sacks was portrayed by Robin Williams. It was nominated for three Academy Awards.

Still another book, “An Anthropologist on Mars: Seven Paradoxical Tales,” published in 1995, described cases like a painter who lost color vision in a car accident but found new creative power in black-and-white, and a 50-year-old man who suddenly regained sight after nearly a lifetime of blindness. The experience was a disaster; the man’s brain could not make sense of the visual world. It perceived the human face as a shifting mass of meaningless colors and textures.

After a full and rich life as a blind person, he became “a very disabled and miserable partially sighted man,” Sacks recalled later. “When he went blind again, he was rather glad of it.”

Despite the drama and unusual stories, his books were not literary freak shows.

“Oliver Sacks humanizes illness … he writes of body and mind, and from every one of his case studies there radiates a feeling of respect for the patient and for the illness,” Roald Hoffmann, a Nobel Prize-winning chemist, said in 2001. “What others consider unmitigated tragedy or dysfunction, Sacks sees, and makes us see, as a human being coping with dignity with a biological problem.”

When Sacks received the prestigious Lewis Thomas Prize for science writing in 2002, the citation declared, “Sacks presses us to follow him into uncharted regions of human experience – and compels us to realize, once there, that we are confronting only ourselves.”

In a 1998 interview with The Associated Press, Sacks said he tries to make “visits to other people, to other interiors, seeing the world through their eyes.”

His 2007 book, “Musicophilia,” examines the relationship between music and the brain, including its healing effect on people with such conditions as Tourette’s syndrome, Parkinson’s, autism and Alzheimer’s.

“Even with advanced dementia, when powers of memory and language are lost, people will respond to music,” he told The Associated Press in 2008.

Oliver Wolf Sacks was born in 1933 in London, son of husband-and-wife physicians. Both were skilled at recounting medical stories, and Sack’s own writing impulse “seems to have come directly from them,” he said in his 2015 memoir, “On the Move.”

In childhood he was drawn to chemistry (his 2001 memoir is titled “Uncle Tungsten: Memories of a Chemical Boyhood”) and biology. Around age 11, fascinated by how ferns slowly unfurl, he set up a camera to take pictures every hour or so of a fern and then assembled a flip book to compress the process into a few seconds.

“I became a doctor a little belatedly and a little reluctantly,” he told one interviewer. “In a sense, I was a naturalist first and I only came to individuals relatively late.”

After earning a medical degree at Oxford, Sacks moved to the United States in 1960 and completed a medical internship in San Francisco and a neurology residency at the University of California, Los Angeles. He moved to New York in 1965 and began decades of neurology practice. At a Bronx hospital he met the profoundly disabled patients he described in “Awakenings.”

Among his other books were “The Island of the Colorblind” (1997) about a society where congenital colorblindness was common, “Seeing Voices” (1989) about the world of deaf culture, and “Hallucinations” (2012), in which Sacks discussed his own hallucinations as well as those of some patients.

Even apart from his books, he wrote prolifically. He began keeping journals at age 14, and in his 2015 memoir he said he’d filled more than a thousand at last count. He kept a notebook nearby when he went to bed or swam, never knowing when thoughts would strike. They often arrived in complete sentences or paragraphs.

As his hearing worsened, he even devoted a notebook to instances in which he misheard something, like “cuttlefish” for “publicist.”

Yet, he rarely looked at his journals after filling them. “The act of writing is itself enough … ideas emerge and are shaped, in the act of writing,” he said in his 2015 book.

Writing gave him “a joy, unlike any other,” he said. “It takes me to another place. … In those rare, heavenly states of mind, I may write nonstop until I can no longer see the paper. Only then do I realize that evening has come and that I have been writing all day.”

In the AP interview, Sacks was asked what he’d learned from peering into lives much different from the norm.

“People will make a life in their own terms, whether they are deaf or colorblind or autistic or whatever,” he replied. “And their world will be quite as rich and interesting and full as our world.”

Sacks reflected on his own life this year when he wrote in the New York Times that he was terminally ill. “I am a man of vehement disposition, with violent enthusiasms, and extreme immoderation in all my passions,” he wrote.

In the time he had remaining, he said, he would no longer pay attention to matters like politics and global warming because they “are no longer my business; they belong to the future. I rejoice when I meet gifted young people. … I feel the future is in good hands.”

“I cannot pretend I am without fear,” he wrote. “But my predominant feeling is one of gratitude. I have loved and been loved; I have been given much and I have given something in return; I have read and traveled and thought and written. … Above all, I have been a sentient being, a thinking animal, on this beautiful planet, and that in itself has been an enormous privilege and adventure.”