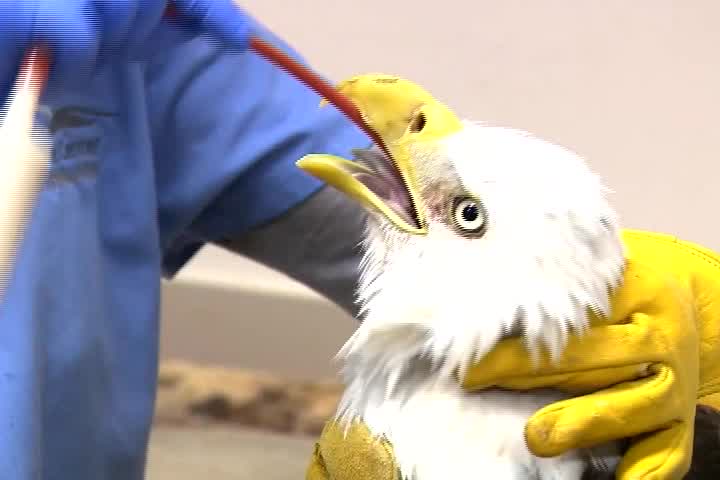 BOYCE, Va. (WISH) — A bald eagle is fighting for its life after it consumed lead bullet fragments in Virginia.

The bald eagle now has a 10% chance of surviving. His X-ray at the Blue Ridge Wildlife Center shows the lead bullet fragments that could kill him.

“It is not a good way to die so we are really doing anything we can to keep them comfortable and treat them as quickly as possible,” said Dr. Jen Riley with Blue Ridge Wildlife Center.

Riley says scavengers like bald eagles eat fish that have consumed lead sinkers or animals that have been shot with lead bullets.

“It is one of the top causes of death across the country in wildlife,” said Riley.

The eagle was rescued by a hunter in Stafford County and now that hunter is urging other hunters to switch from lead rounds to copper rounds or other alternatives in hopes of saving animals from the same fate as the eagle.

If the bald eagle had ingested a single bullet then the doctors would have been able to operate. Instead, there are too many fragments and because they are so deep down in the eagle’s intestines they cannot operate.

“The only option we have is to use fiber to push it through faster and then treat with [unintelligible] agents,” said Riley.

Dr. Riley said the lead problem is so bad that three years ago the Blue Ridge Wildlife Center started testing every patient. Doctors found at that time only one bald eagle did not have lead in its system.