Bear walks into Colo. pizza shop, has a snack, takes a nap 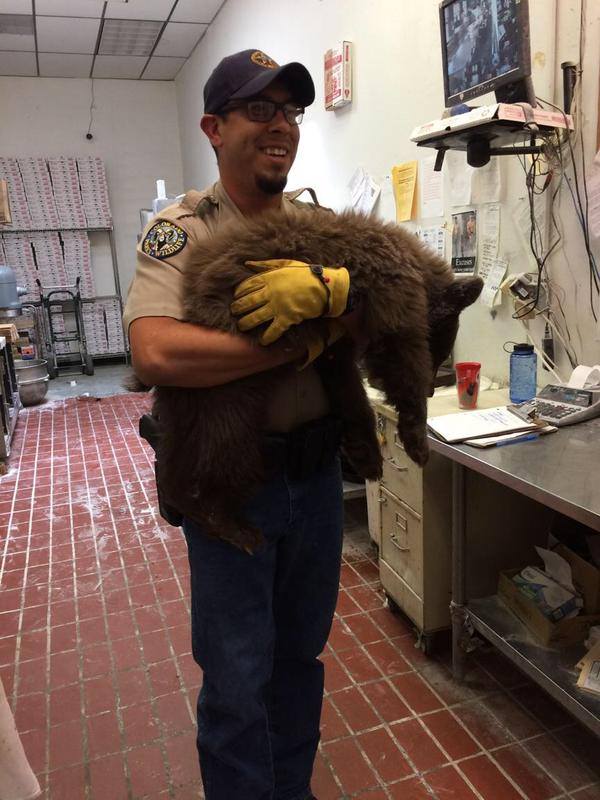 COLORADO SPRINGS, Colorado (WISH)  – So, a bear walks into a pizza shop.

Sounds like the beginning of a bad joke, right? But it actually happened, and there are pictures to prove it.

It happened Monday in Colorado Springs.The police department there posted photos of the scene on social media.

According to a local newspaper, an employee said the bear walked in an open door and into the restaurant’s prep room. It ate some icing used for cinnamon bread and then took a nap on a shelf.

A worker told the paper he found out what was happening when a fellow employee yelled “bear!” and ran outside.

Wildlife officers say the bear appeared to be malnourished and slightly injured. They took it to a rehab facility.