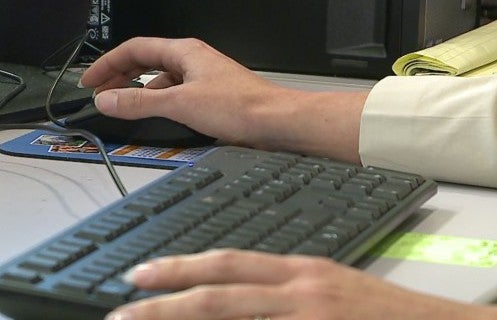 INDIANAPOLIS (WISH) – Communications between teachers and students could be automatically forwarded to parents and school administrators if a new bill becomes law in the Statehouse.

SB 266, authored by State Sen. Dennis Kruse (R – Auburn), would require teachers/school volunteers and students to forward all electronic communications like emails and text messages between them to the school’s principal and the student’s parents.

It stems from multiple instances of inappropriate conduct between teachers and students, over the years, including two arrests in Indiana in the past week.

“[Parents] should know what’s happening with teachers and faculty and other people at the school corporation,” Kruse said. “If they’re emailing, the parents ought to have a right to say ‘Hey, I want a copy of that e-mail.’”

Teachers groups say some Indiana school corporations already use tools to monitor teacher-student communications, and are doing what they can to eliminate inappropriate behavior.

“They’re using specific computer programs or they have converted their systems to e-mails to systems that allow some sort of filter to go through the e-mails, or they are using particular apps to monitor emails,” Teresa Meredith, president of the Indiana State Teachers Association, said.

Meredith says the bill as written would create additional work for teachers and administrators, but would like to continue the discussion on ways to better protect students.

“We’d really like it to be studied over the summer to see what corporations are already doing and what it is the state could do to help support that,” she said.

Kruse says he has heard that feedback from teachers, and would like to study the use of monitoring software further to potentially make changes to the bill.

“I think we can set up a software system that would automatically go to the parent if they register, [so that] the teacher wouldn’t have to do anymore work than they’re doing now,” he said.