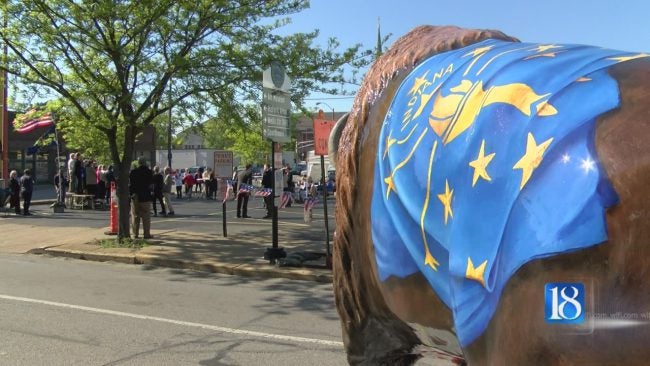 More than just being a good pun for Indiana’s 200th birthday this year, the animal is also an appropriate choice thanks to its appearance on the Hoosier state seal.

Each bison has a different color scheme and theme – from the state flag to the state bird to a prairie scheme with various animal footprints. Others feature a cityscape or details that commemorate the state’s Native American past.

The fiberglass bison are each 5 feet tall and 8 feet long and will be installed on bases which are 2 feet tall.

Each Indiana county will have at least one bison on display until the end of the year. Many will be highlighted along the Bicentennial Torch Relay route in October.

The bison will now go on display around Lafayette, West Lafayette and Purdue.