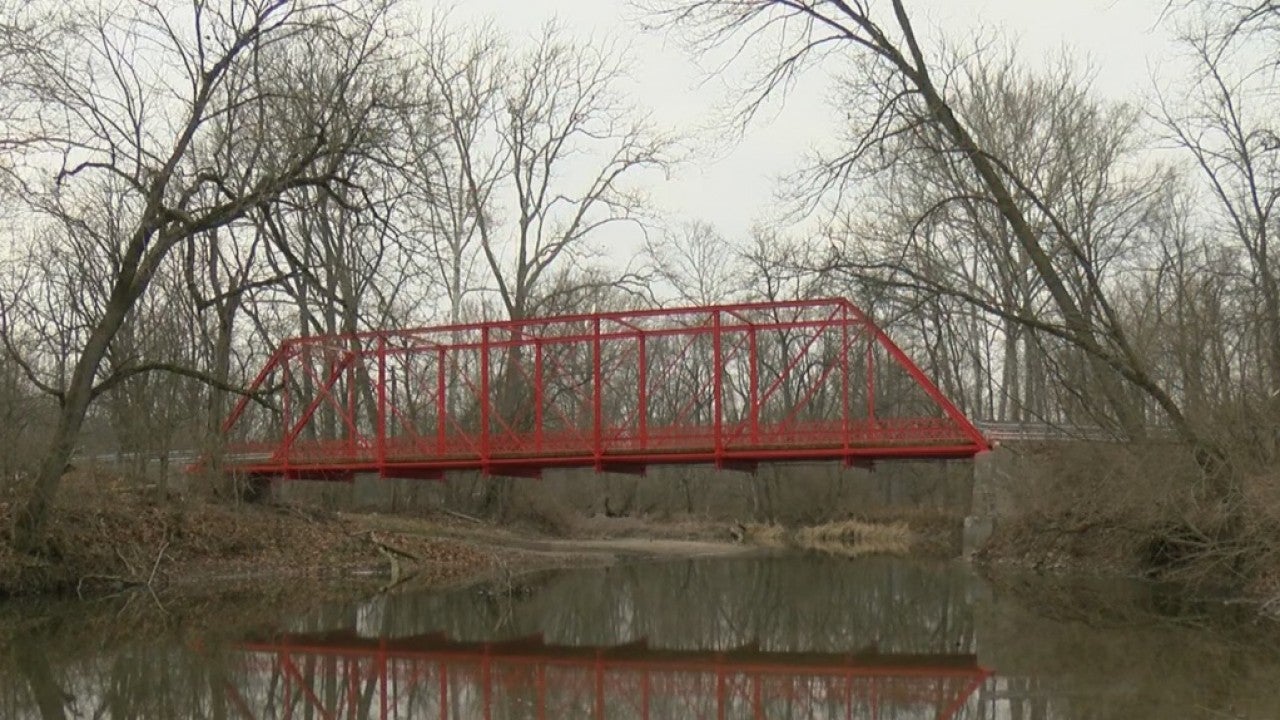 ZIONSVILLE, Ind. (WISH) — The Holliday-O’Neal road bridge in Boone County stands out against the cold December sky. The new paint is brighter than the original, and the wooden decking is safe to walk across.

But the new bridge is off limits to traffic.

Dec. 2, 2017 was the last time a vehicle attempted to cross the bridge. An attachment on the farm tractor driven by Thomas Smith caught part of the bridge and within seconds the steel structure collapsed. The 127-year-old bridge was destroyed.

The Boone County commissioners had fully expected the farmer’s insurance company to pay for the repairs, which hasn’t happened. The county is holding the bag for $1 million in repairs, as they await any hope of collecting the rest with a lawsuit.

“Well if we are doing the best we can to protect our taxpayers dollars and you know that is our job to ensure that the taxpayers are not impacted,” said Santelli.

The Holliday-O’Neal road bridge is considered by the state to have historical significance. However, the Boone County Commissioners have not completed the necessary paperwork for that designation.

Amy Lazenby lives right around the corner from the bridge.

“I was actually here when a truck hauled the bridge away. It was the longest truck I have ever seen. The whole bridge left and went off site and then they came back and rebuilt it,” said Lazenby.

The Holliday-O’Neal bridge is out in the middle of nowhere, but not for long. A gated community with 600 homes and a golf course is being built just to the east of the bridge.

Boone County commissioners allowed the developer to vacate Holliday Road soon after the bridge collapsed. It’s the only road connected to the bridge and introduces the question of who the bridge was rebuild for: The public or the gated development?

“Well that is a great question, and there has been discussion all around that, you know, does it become a historically significant bridge for pedestrians or does it remain open to vehicular traffic or a combination of both?” said Santelli.