Brownsburg PD seeking suspect in robbery at bank inside Kroger 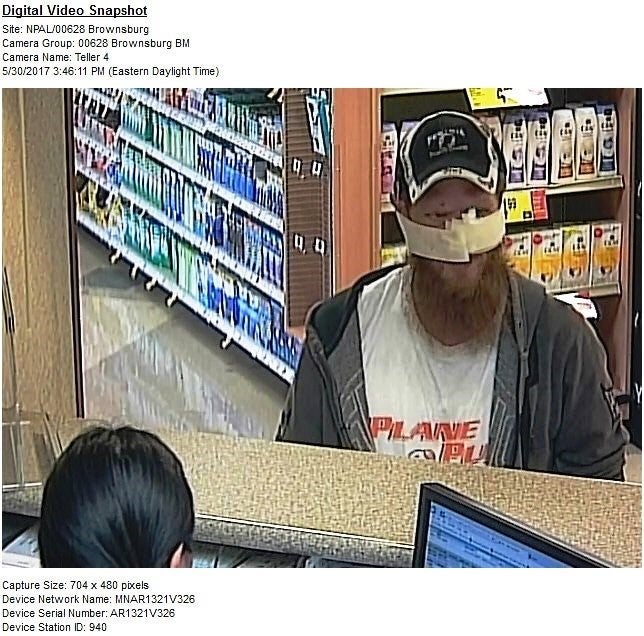 On Tuesday afternoon, a man walked into the Kroger store in the 900 block of N. Green St. and demanded money from tellers at the Fifth Third Bank inside of the grocery store.

Police said he didn’t show a weapon but threatened to harm the tellers if they didn’t comply.

Witnesses said he left the store on foot, then got on a bicycle and headed east.

Police describe the suspect as a white male with short, reddish-brown hair, a long beard, approximately 6′ and 175-190 pounds. He was wearing a black and white baseball hat, a gray Tapout jacket, a white t-shirt with red lettering and blue jeans. Photos released by investigators show that he appeared to have tape obscuring his face.