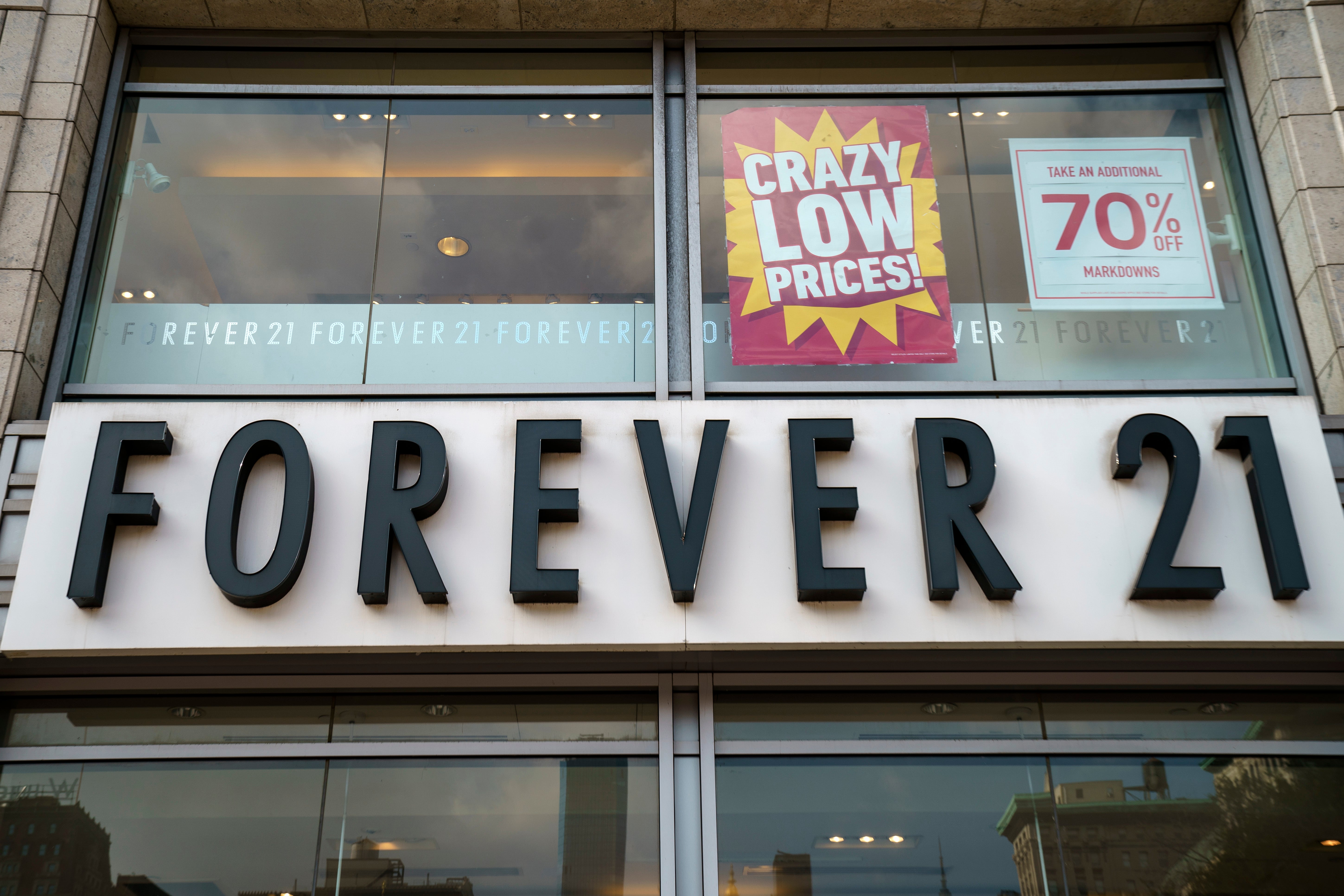 NEW YORK, NY - SEPTEMBER 12: A Forever 21 store stands in Union Square in Manhattan on September 12, 2019 in New York City. The Wall Street Journal reported that the retail chain is planning to file for bankruptcy as soon as Sunday. The company is refuting these reports and said they plan to continue operating a vast majority of their U.S. stores. (Photo by Drew Angerer/Getty Images)
by: Clare Duffy, CNN Business
Posted: Feb 2, 2020 / 11:13 PM EST / Updated: Feb 2, 2020 / 11:19 PM EST

(CNN) — Forever 21 has reached a deal to sell off its assets for $81 million, four months after filing for Chapter 11 bankruptcy.

As part of the deal, the struggling fast-fashion retailer would be sold to a consortium made up of mall operators Simon Property Group and Brookfield Properties and brand management firm Authentic Brands Group, according to a Sunday court filing.The sale would include all of Forever 21’s assets, including its remaining stores and its beauty line RileyRose.

The group has been designated as the “stalking horse bidder” for Forever 21 — meaning the deal remains subject to approval by a judge. Other potential buyers have until February 7 to place bids for the company.

In recent years, even healthy retailers have closed stores and struggling ones have filed for bankruptcy.

Forever 21 filed for bankruptcy in late September and announced a plan to overhaul its global business by closing hundreds of stores in the United States and abroad to cut down its lease costs. The ability to get out of leases and close stores at lower cost is a key advantage that the bankruptcy process affords retailers.

Forever 21 did not immediately respond to a requestfor comment.

Authentic Brands Group also recently purchased another well-known retailer, luxury New York department store Barneys, after it filed for bankruptcy in August. The $271 million deal involved closing the retailer’s doors, according to the Wall Street Journal, and was approved in October.