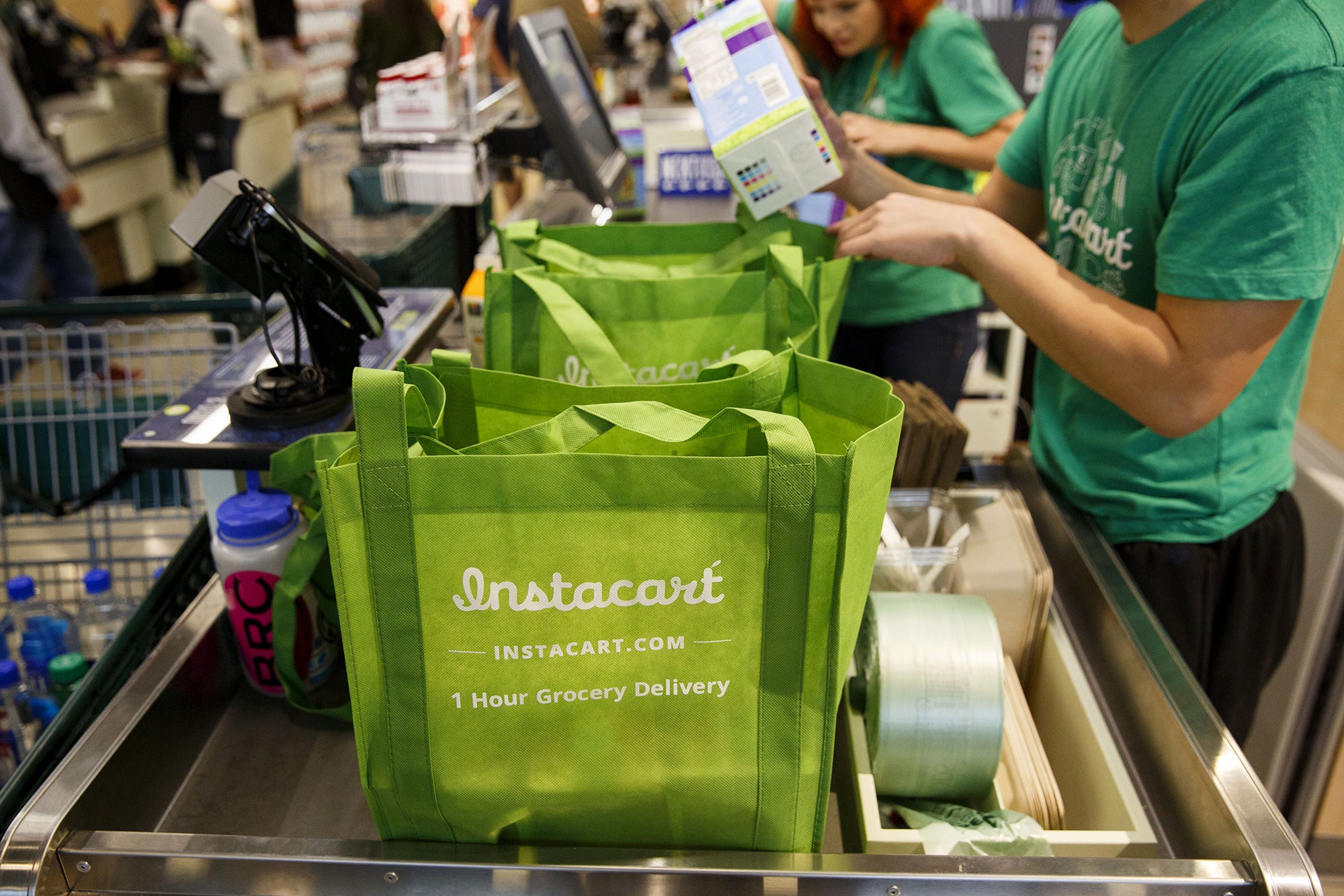 (CNN) — Last February, a group of Instacart employees who worked as in-store shoppers at a Mariano’s grocery store in Skokie, Illinois, voted to unionize in a historic moment for the gig economy.

Nearly one year later, those workers have been informed that their jobs are being cut as part of a broader change to how Instacart does business with some grocers, including Kroger and Kroger-owned Mariano’s stores.

Instacart has informed the local chapter of the United Food and Commercial Workers Union, which represents the Instacart Skokie Mariano’s bargaining unit, that approximately 366 Instacart in-store shoppers for Kroger-owned stores nationwide, including those at the Skokie Mariano’s store, will lose their positions, according to a letter sent this week by a labor attorney representing Instacart.

In total, Instacart is cutting more than 1,800 in-store shoppers, according to the letter, including those at the Kroger-owned stores, as a result of changes in how it works with partners. For pickup orders, grocers are increasingly using Instacart’s platform to receive orders but leaning on their own workers, rather than Instacart’s, to fulfill them.

“As a result of some grocers transitioning to a Partner Pick model, we’ll be winding down our in-store operations at select retailer locations over the coming months,” Instacart said in a statement. “We’re doing everything we can to support in-store shoppers through this transition.”

In a statement to CNN Business, a Kroger spokesperson said, “the Kroger family of companies was not involved in Instacart’s decision to suspend its in-store operations model. For those who are looking for a career opportunity, we have thousands of retail roles available.”

Instacart’s employees at the Mariano’s in Skokie are a rarity for the company and the gig economy broadly. Instacart has fewer than 10,000 part-time employee shoppers, who are entitled to benefits and protections that on-demand companies have largely fought against providing to their contract workers, including the right to unionize. The employees at Skokie became the first, and so far only, Instacart workers to vote to unionize, prompted by frustration at the company’s use of algorithms to rate workers and its focus on speed.

The layoffs make clear that Instacart, which added hundreds of thousands of contract workers during the pandemic, has been rethinking its relationship with some grocers, potentially jolting the livelihoods of some of its workers. It also highlights how tenuous union protection remains in the tech industry more broadly.

“As the union for Instacart grocery workers in the Chicago area and grocery workers nationwide, UFCW is calling on Instacart to immediately halt these plans and to put the health of their customers first by protecting the jobs of these brave essential workers at a time when our communities need them most,” UFCW International President Marc Perrone said in a statement.

One of the impacted shoppers at the Mariano’s store in Skokie, who was involved in the unionizing effort, said they came so far only to lose their jobs. “I have a whole bunch of mixed emotions about the whole thing,” the worker, who spoke on the condition of anonymity for fear of retaliation, told CNN Business.

For months, the bargaining unit had been negotiating a contract with Instacart after last February’s vote to unionize with UFCW. “Then, it’s just like okay, they’re just changing the business model. … I’m really angry.”

Instacart said in the letter it plans to “transition” how it works with Kroger “no sooner than mid-March,” ticking off a few options for impacted workers. Kroger already operates a Pickup service for groceries staffed by its own employees.

It also said it could assist the workers to become contract workers, who do not enjoy the same benefits and protections as employees, and that it will offer separation packages of $250 to $750 based on tenure.

Instacart has two shopper workforces. It has in-store shoppers, who are part-time employees of Instacart and work inside a particular store — in this case, Mariano’s — to shop for items ordered by customers and then hand them off to a delivery worker who either contracts with Instacart or works for the grocer. It also has full-service shoppers, who it treats as contract workers; they both shop and deliver orders to customers’ homes. Instacart counts roughly 500,000 of these workers.

Unlike the contract workers who largely receive no benefits and protections, in-store shoppers are paid an hourly wage; they’re also eligible for benefits such as unemployment, social security and Medicare, and more recently they were able to accrue sick pay.

In the letter, Instacart said these part-time employees are “significantly more expensive on a cost per-delivery basis” than its contract workers in “certain markets or retailers, including Kroger owned stores.” Relying on the contract workers to both shop and deliver, Instacart wrote, “will streamline Instacart’s selection and delivery processes, reduce overhead costs and administrative burdens, and eliminate or reduce unproductive time and delivery delays.” Further, it said the transitioning of work at Kroger “will not adversely impact Instacart’s customer service standards.”

This stands in contrast to Instacart CEO Apoorva Mehta’s comments in 2015 when the company first introduced the part-time employee role. He said “the data showed” that the employee model “improved the quality and efficiency of order picking and made for a better customer experience.”

Notably, Instacart said in this week’s letter that, beginning in 2018, it “started reducing the number of [in-store shoppers] it employs in several regional markets, including Los Angeles, Seattle, Minneapolis, San Diego and parts of Texas.”

Instacart’s business has boomed during the pandemic, sending its private valuation soaring, and the company is expected to go public this year.

Kroger is just the latest example of how Instacart’s relationship with grocers and its workers is evolving. As CNN Business previously reported, Aldi and Sprouts similarly changed how they work with Instacart, resulting in the loss of jobs for Instacart’s part-time shopper employee workforce as it has continued to scale up its contract workforce throughout the pandemic.

The company said in a blog post this week about its evolving partnerships with grocers that it will also be piloting a new feature for its contract workers to shop and pack groceries to be picked up at the store by customers in order to meet the growing demand for pickup orders.