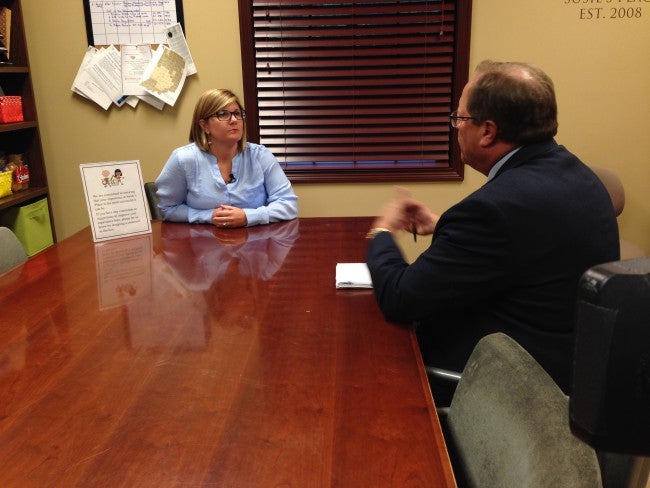 INDIANAPOLIS (WISH) – The investigations of Jared Fogle and a former employee are raising awareness of child pornography.

And it could lead to stiffer penalties for those who make, sell or trade it.

Some of those victims show up at Susie’s Place in Avon. That’s where child advocates work with police and welfare workers to get small children to explain what happened to them.

At Susie’s Place you can find rainbows, teddy bears and crayons but it is not a fun place to be.

Director Emily Perry explains that in one room investigators often watch by video as a child advocate interviews a sexual abuse victim in another room.

“Child pornography is extremely prevalent,” she said, and most people don’t realize how big the problem is.

“The trading, the downloading, the uploading of images that reveal the genitalia of children is something that nobody’s comfortable talking about and that’s a problem,” said Perry. “People need to raise awareness about this subject matter and there’s needs to be stiffer penalties for people that are creating those images, trading those images.”

The Indiana Criminal Code was updated last year and it dropped the penalty for child pornography from three to two and a half years.

“We need to redouble our efforts,” he said, “and there’s no reason in the world why someone should have child pornography on their computer or in their home.”

And at Susie’s Place catching them is very difficult, especially if a small child has already described an assault.

“And then to also disclose that maybe they’ve had images taken of them or videos taken of them,” said Perry, “that’s a real block and a barrier for kids and so many of them keep that a secret for weeks, months (and) years.”

Only seven of those crimes were committed by a stranger.