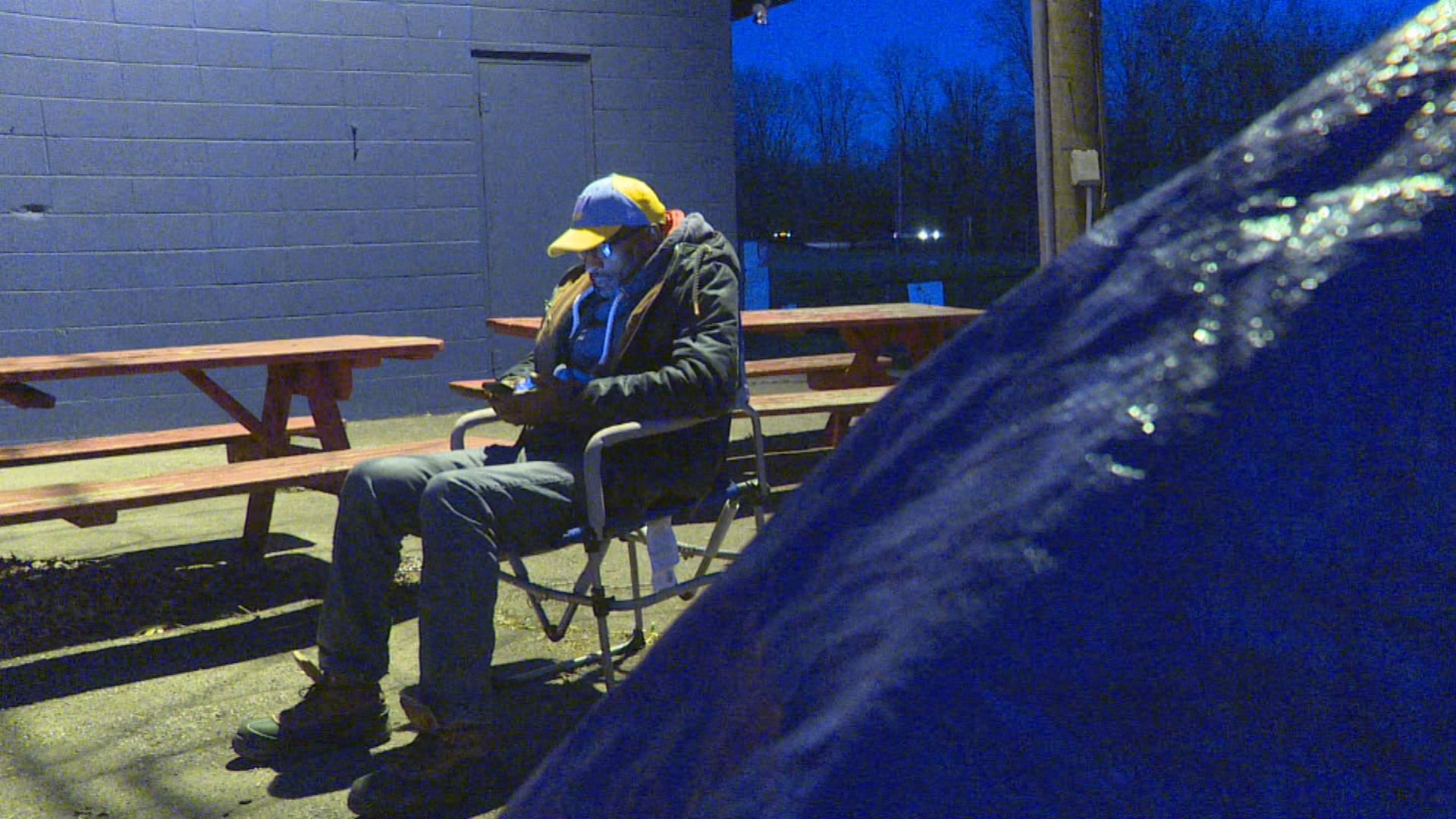 INDIANAPOLIS (WISH) — A dedicated coach is braving the cold temperatures both this week and next.

He’s camping outside to help his inner-city baseball program and several other holiday drives.

Before this, Fred Davis had only camped once in his whole life. It was 28 years ago, four years after he got married. He was so uncomfortable he ended up sleeping in the car with a hand on his gun.

“I’m not about this camping life,” Fred Davis said with a laugh. “I get cold when the wind blows.”

But when Davis gets an idea in his mind he won’t let it go, no matter how crazy it might seem.

He hopes his tent at the St Alban’s Episcopal Church at North Emerson Avenue and East 46th Street makes a lifetime of difference, perhaps even several lifetimes.

“Home sweet home,” he said as he crawled inside.

His borrowed tent is home for the next 10 nights, whatever may come.

There is a light and a heater, but this is no warm house. The box of tissues indicates he’s ready for the cold night ahead.

“I’m trying to make a difference is what I’m doing,” Davis said.

To understand why he’s going to such extreme measures means taking a closer look beyond the tarp covering the tent. There’s a baseball field at St. Alban’s that was used this summer for the first time in a decade.

There were 72 kids from the inner city who got a chance to release and unwind at a place they know an adult has their back.

Davis has been volunteering for 25 years now. A kid last coached by Davis 16 years ago is posting about his campout, calling Davis one of his favorite coaches and mentor.

Thursday is night four for Davis. He’s still got 10 nights ahead, going from 4 p.m. to 4 a.m., to raise money for the St. Alban’s Baseball program where Davis serves as head of baseball operations.

He’s also partnering with Wishes of Lawrence, the Community Cupboard of Lawrence and Caring for a Cause Supportive Services to collect food, toys and diapers.

He’s got two goals: helping out and bringing attention to the need for inner-city sports and programs.

He’s a man giving back in a way completely foreign and uncomfortable to him, and that’s not even taking into account the temperature.

“My God is looking out for me,” Davis said. “It could be a lot colder.”

And it will be just that in a couple nights.

He said the biggest needs are diapers and Christmas toys for boys, plus anything for the baseball program.

After 28 years of indoor living, don’t think this is Davis’s last campout. He hopes to make this an annual event and invite others to join next year.