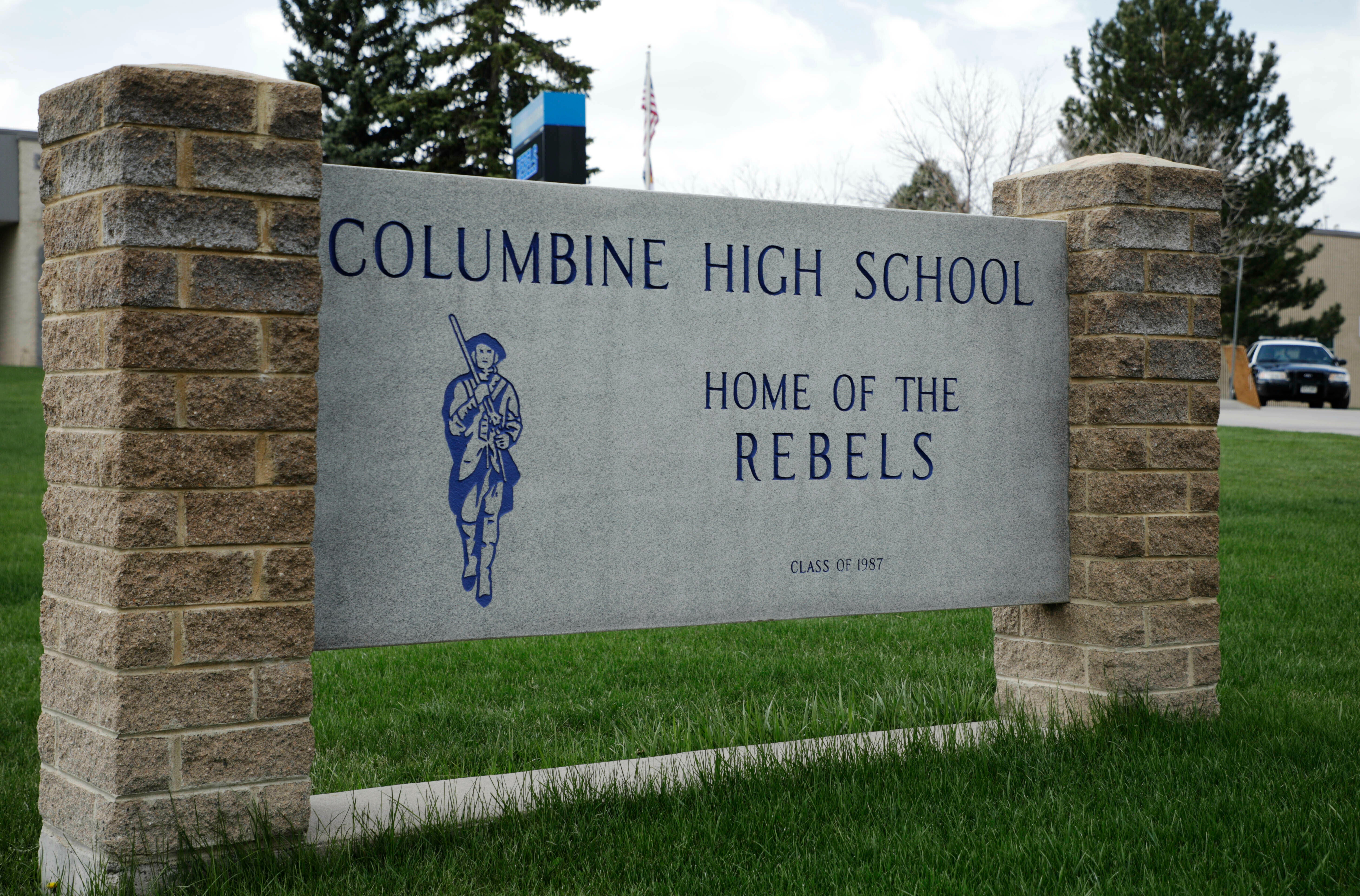 LITTLETON, Colo. (AP) — People who were most directly affected by the Columbine school shooting spoke openly and emotionally Saturday about their struggles and advances since 12 students and a teacher were killed 20 years ago.

During a remembrance ceremony on the 20th anniversary of the massacre, Ireland, who became known as “the boy in the window” when he was seen dangling from a window, and Dawn Anna, who lost her daughter Lauren Townsend, both encouraged people to help others to help themselves and to honor those who were lost.

Ireland was partially paralyzed and had to re-learn how to walk and speak. He said that no one who was in the school or the surrounding community was unscathed. Those affected need to persevere to help positively influence other people’s lives, Ireland said.

Dawn Anna said the only secret to surviving such a loss is that there is no secret and that healing takes work. But she said those who lost loved ones have also become stronger in some ways and have tried to help others and feel for other families suffering because of other shootings.

Earlier Saturday, community members marked the anniversary by cleaning neighborhoods, volunteering at shelters, placing flowers at a memorial and attending a remembrance ceremony.

The events end a three-day slate of somber gatherings honoring the victims and lending support to their families, survivors of the April 20, 1999, attack and the school’s students and staff.

Starting Saturday morning, a steady stream of visitors stopped at a memorial that sits on a hill overlooking the school. The site includes an oval outer wall of stone with plaques featuring quotes from officials and Columbine students and teachers, and an inner ring with plaques for the teacher and 12 students killed.

People walked silently through, occasionally stopping to hug a friend or wipe away tears.

Sharon and David Hampton brought white roses to place at the memorial, which opened to the public in 2007. They have lived in the area for more than 30 years and watched three sons graduate from Columbine.

None were enrolled at the time of the massacre; Sharon Hampton was a preschool teacher at a nearby elementary school. On Saturday, she wore a black T-shirt reading “Be kind,” a message she wants people to remember on the Columbine anniversary.

“Take time,” she said, as tears came to her eyes. “We all face challenges. Try to understand. We can lean into that each day and help one another.”

Other visitors left cards, bouquets and seed packets for columbines, the Colorado state flower, around the plaques. Sheriff’s deputies patrolled the area on foot and by bike on the warm day as little league games went on at nearby fields.

Elsewhere, Columbine students, staff and others took part in community service projects, including volunteering at homeless shelters and doing spring cleaning at the homes of senior citizens.

People later gathered for a remembrance ceremony near the school.

Speakers stressed the strength and change that came out of the tragedy. To symbolize that, artist Makoto Fujimura presented a 17th century Japanese tea bowl that was broken but then mended with gold, making it better and more beautiful.

Pastor James Hoxworth urged anyone who was still struggling because of the shooting to reach out for help.

The days surrounding the anniversary remain emotionally fraught for survivors of the attack, including hundreds who escaped the building without physical wounds. Some describe their response to the month as an “April fog,” dominated by their memories of the sunny Tuesday two decades ago that shocked the world.

This week brought a new burden as federal authorities led a manhunt for a Florida teen “infatuated” with the shooting.

On Tuesday, authorities published her name and photo after learning she was obsessed with Columbine and had traveled to Colorado and bought a gun. They said she had not made specific threats, but dozens of schools, including Columbine, locked their doors.

More than 400,000 kids stayed home Wednesday when schools shut down across the metro area. The 18-year-old was found dead of an apparent suicide that morning in the foothills west of Denver, about 40 miles (64 kilometers) from Columbine.

Long-planned events marking the anniversary continued as scheduled, beginning with a Thursday evening church service and a community vigil Friday night at the memorial.

The Columbine perpetrators, who took their own lives during the attack, have inspired cult-like admirers including some who have committed other shootings or were prevented from doing so.

Officials overseeing security at Columbine and other schools in Jefferson County acknowledged the dark interest this week and warned off those who would treat the school as a destination.

“We are not a place to come visit if you’re not a student, if you don’t have business there,” John McDonald, security chief for the school district, said Wednesday. “We’re not a tourist attraction, and we’re not a place for you to come and gain inspiration.”

Security remained heightened at Denver-area schools through the week.

People who plan to attend the public remembrance ceremony Saturday afternoon at a park near Columbine also have been warned of security checkpoints. The high school itself is closed to the public.