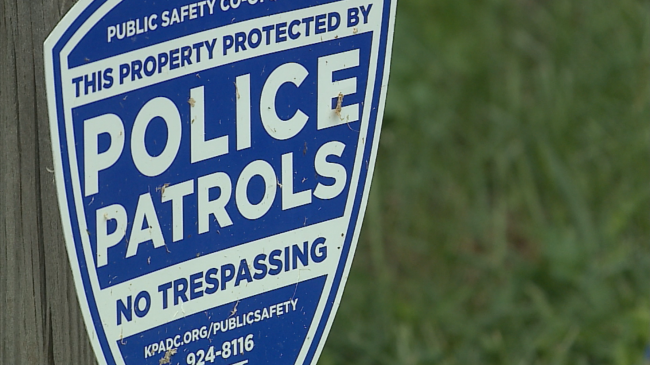 But homeowners in neighborhoods across the city aren’t waiting for the mayor and council to act. They’re hiring officers on their own to patrol their neighborhoods.

The program is called Urban Patrols and it began in 2010. Homeowners are pooling their money together to hire an off-duty cop.

But Fall Creek Place and its neighbors in Herron Morton and The Old Northside are shaking off remnants of their past.

Strawbridge and her husband bought their home back in 2008. It’s their second home in the neighborhood.

“We definitely chose to stay in the community because we feel safe and because of the strong crime watch programs that are instilled within the neighborhood,” said Strawbridge.

Urban Patrols hires off-duty IMPD officers to protect the neighborhood. It’s available to many of the neighborhoods on the near north side as well as in Irvington and Fountain Square.

“We’re basically just trying to have more police presence, and its a deterrent. So if you see more cars cruising through it’ll be more of a deterrent for crime,” said Victoria Rutt, the founder of Urban Patrols.

Rutt started the program after her neighbor’s home was broken into four times in one month. A couple of IMPD lieutenants were living across the street so the neighborhood pitched in and paid them to patrol.

“He ended up helping us catch that guy and then we felt kind of empowered like, ‘oh maybe we can actually do something, we don’t have to just sit here and wait,’” said Rutt.

Over the past five years this program has grown to over 120 home and business owners taking part. All of them paying between $25 and $50 per month.

“It’s a community taking control of its own neighborhood,” said Lauerman.

Blue signs are placed in the front yards of the paying customers. But they say the whole neighborhood benefits.

“We want to solve the problems instead of moving farther away,” said Rutt.

The officers are scheduled around the clock. Many of them live in the neighborhoods, and patrol the same streets when on duty.

“The officers won’t go a blind-eye on anything that happens as they do their patrol,” said Lauerman.

For Strawbridge, it’s peace of mind and taking pride in her neighborhood.

“We all chose to live in this community because we want to see it succeed,” said Strawbridge.

They say they’re now working to find corporate sponsorship so they can hire more officers. They say the sponsorship will help cover the costs for the residents who can’t afford the monthly fees..