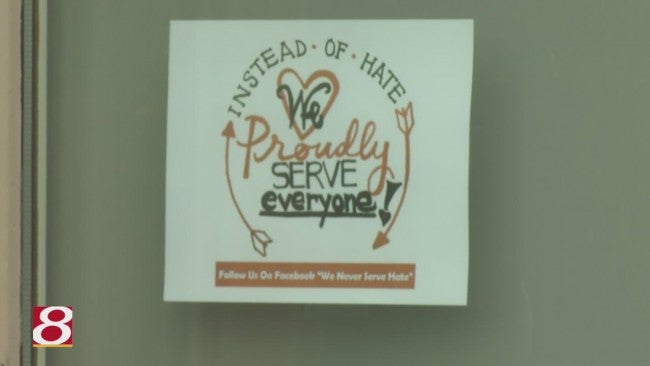 INDIANAPOLIS (WISH) — Congressman Andre Carson introduced a resolution in response to RFRA. The resolution expresses Carson’s disapproval for RFRA and that discrimination against the LGBT community is unacceptable. However, one group is asking Hoosiers to move on from RFRA.

We Never Serve Hate organized a peaceful march Monday evening. Dozens of people attended. The organization hopes to take the focus off of politics and back on Indiana.

The group, known for offering “free hugs,” is working to do damage control to repair Indiana’s reputation. They consider themselves the opposite of RFRA movements that called for a boycott or ban on Indiana.

“If you punish Indiana, you’re punishing the people of Indiana. Whether you support it or not, and that’s not fair,” Carroll said

“Everyone was so angry at us and mad. For us to do even better, that’s incredible,” Carroll added, “Just come here and check us out. People come here because we’re nice. That didn’t change. That hasn’t changed.”

But one change Carroll said she is hoping for is a change in perception.

The group is so committed to this cause, that they’re changing their name to I Am Hoosier Hospitality.

Monday’s march started on Massachusetts Avenue, to North Street and ended at Memorial Park. At Memorial Park businesses set up, giving away freebees. There was also a DJ and other entertainment. After, that, Tinis on Mass Ave will host an after party.