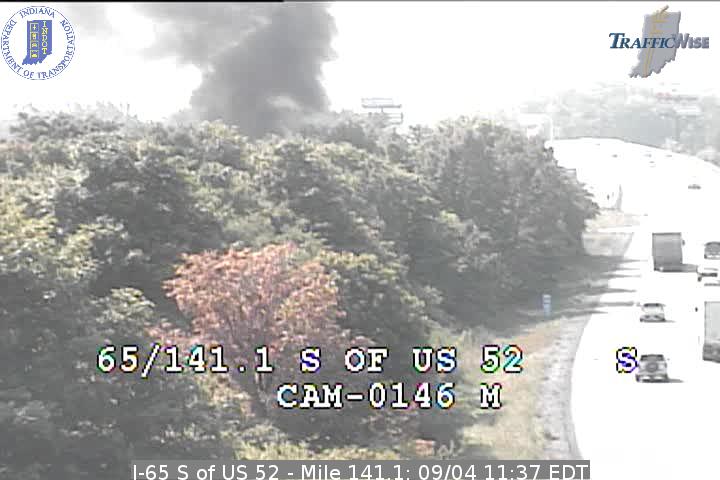 Police said around 11:30 a.m. that both of the northbound lanes of I-65 were blocked at the 141 mile marker because of the crash and fire.

Boone County authorities said the crash involved two vehicles and that no one was injured.

Police said around 12:15 p.m. they hoped to have the crash cleared soon.