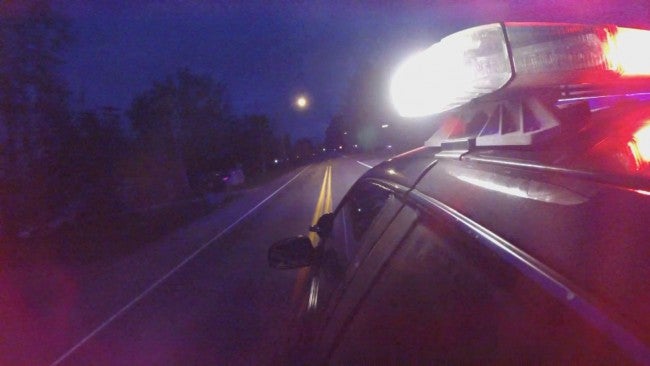 INDIANAPOLIS (WISH) – A new project designed to help fight back against crime has taken shape in neighborhoods across the Circle City. But, an I-Team 8 analysis suggests the crime confrontation effort behind it may be falling short so far in areas where it’s needed most.

The initiative was announced last October by Indianapolis’ Department of Public Safety, dubbed as a “holistic approach to crime reduction.” The program is intended to bring together community organizations and city agencies, including IMPD, the Marion County Prosecutor’s Office and Marion County Sheriff’s Office to create an action plan to reduce criminal activity in six focus neighborhoods, labeled as some of the city’s “most challenged areas.“

The program’s success would hinge on its ability to address “decades-old societal failure surrounding social issues,” Indianapolis Mayor Greg Ballard said in announcing the initiative in October. Its focus would be on root causes of crime in each neighborhood, from vacant housing and poverty to lack of education and mental illness. And, it would begin with the formation of ‘community engagement teams’ charged with assessing needs in each area and formulating a plan to turn the tide.DANGER ZONES

“I don’t feel safe walking by myself”

As the final bell of the day rang outside IPS School 90 on a warm spring day, 8-year-old James Hendrix couldn’t wait to head home. But he knew he had to wait for his dad Earl to walk with him, even though he can see his house from the school’s front door less than one block away.

“I don’t (trust him to be able to walk that block), nope,” Hendrix told I-Team 8. “Not in this neighborhood.”

For the last six years, the Hendrix family has lived just half a block from 16th Street and Tibbs Avenue, one of the six high crime focus areas identified late last year. Its label came as no surprise to them.

Hendrix says he was robbed just outside his home late last year. His next door neighbors told I-Team 8 their home had been robbed three times in the last two years. Police reports show his neighbors across the street were robbed last summer too.

Even in broad daylight, Hendrix won’t let his wife walk the half block to her job at a nearby CVS Pharmacy alone.

“I don’t feel safe walking by myself,” said Andrea Land-Werlen, standing with her son by her side. “Even just to the corner, four doors down. I do not feel safe. I sure don’t.”

They are the same problems putting a stranglehold on the near northwest side area surrounding Rev. Charles Harrison’s church, near 29th Street and Dr. Martin Luther King Jr. Boulevard.

During a recent walk through the neighborhood with I-Team 8, the Ten Point Coalition leader pointed to eight vacant homes on a single block. He says every one of them has been used at some point as a drug house.

“What you see out here is blight,” Harrison told I-Team 8. “What you see is a lot of hopelessness out here. And, a lot of people don’t see much of a future for themselves and for this area.”FIGHTING BACK

DPS’s new plan to turn the tide hinges on community partnerships with organizations like the Ten Point Coalition and another church collective known as City Mosaic. These community partners are tasked with helping IMPD focus on the root causes of crime – things like unemployment, vacant houses and mental health.

“There’s a lot of high unemployment, particularly among African American males. There’s a lot of young people that are not in school that should be in school. And, there’s a lot of abandoned, boarded up homes in all these areas, increasing every year. That’s what we’re battling,” Harrison said.

The project is intended to be driven by data. So, I-Team 8 dug into the numbers to see how it’s worked.‘GETTING WORSE’

To assess the impact the crime confrontation project has had so far, I-Team 8 compiled traditional police reports, pulled and logged manually, and new crime mapping software implemented by IMPD late last year. Our analysis included data on all crimes reported within a 1 mile radius of each of the six focus area intersections during the months of January, February and March. Data was pulled for the first quarter of 2014 – before the project launched – and for the same time period in 2015, after launch.

Using that data, I-Team 8 found reports of crime increased in three of the six neighborhoods so far in 2015 when compared with the same time period in 2014. Overall crime report increases ranged from 10 percent to 37 percent during that time period at 34th and Illinois streets; 16th Street and Tibbs Avenue; and 29th Street and Dr. Martin Luther King, Jr. Boulevard.

A fourth neighborhood – 42nd Street and Post Road – saw almost no change year to year, according to I-Team 8’s analysis.

Two neighborhoods – 16th/Tibbs and 29th/Martin Luther King – also saw increases in reports of both violent and property crimes, year to year, according to I-Team 8’s analysis. That data also showed drug-related arrests dipped slightly from year to year in all six focus areas. However, I-Team 8’s analysis only included 2014 drug crimes classified as narcotics investigations. Drug crime totals that year did not include crimes involving suspected narcotics that were primarily identified in another category.

Additional non-violent, non-property crimes, such as prostitution, are included in the totals for both years, but not specifically separated in the data that appears below.

I-Team 8 shared its findings with Indianapolis Public Safety Director Troy Riggs, who said the numbers were not surprising.

“Quite frankly in some areas things are getting worse,” Riggs said, looking at the analysis. “And, we knew that. That’s why we’re there. We’ve said you can’t change decades of momentum overnight.”TURNING THE TIDE

Type of Crime by Intersection

But, momentum does appear to have shifted in other areas.

Riggs attributes the gains to one thing.

“We have seen huge growth in community involvement,” he said. “We are hearing from an outstanding group of people that say they want to be the solution to the problems in these areas. We don’t have as many as we want. We don’t have as many as we need. Our goal is for that to be the beginning process. And, what we’d like to see at the end of this somewhere down the road is that the systemic issues have been addressed and these neighborhoods are holding us accountable in public safety.”

The partnerships began with organizations like Harrison’s Ten Point Coalition. They’ve continued with groups like Shepherd Community Center and City Mosaic on the near east side.

Together, the groups are working to create a new kind of neighborhood unity by recruiting “responsible residents” willing to take a stand against the rising rates. Often, that can be as simple as convincing someone to report a crime to police when it happens.

“In some of these areas we’ve had a couple of homicides over a weekend and no one ever calls,” Riggs said. “We have to build a sense of pride and community there. And, to do that people have to feel safe and feel like we care about them as a community. We’ve said we need to do more about that as a Department of Public Safety. Because, after looking at the data, we need the community’s help. We can’t do this alone. So, we’re going to try and earn their respect and trust each and every day.”PUBLIC PUSHBACK

“Without the resources, we’re just spinning our wheels again”

The problem, Harrison says, is that buy-in has been slow from those in the neighborhoods who don’t see police as partners.

“A lot of people see a lot of this stuff. But, they don’t report that to the police. They know what’s going on, but they don’t report it. So, that information doesn’t get out. That’s why a lot of the crimes that take place in these neighborhoods go unsolved,” Harrison said.

“There is not a lot of trust in the black community with police. And, those are some of the barriers we’re trying to break down. What they may not share with police they may share with Ten Point, or other ministers in the community. And, that’s the key,” he said.

But, while Harrison said he has seen increased patrols in his neighborhood from IMPD, and increased cooperation from those ‘responsible residents,’ he claims the city isn’t meeting the program halfway by doing its part to provide all the necessary financial backing.

That’s bred additional skepticism from the residents organizations like Ten Point are targeting.

“I think politics is being put ahead of public safety,” Harrison told I-Team 8. “People know I’m not afraid to say that. And, until people see that (changed) I think there’s always going to be a lot of skepticism about these new initiatives. Because, a lot of people are saying we’ve heard this before, and nothing ever gets done.”POSITIVE CHANGE

“We can’t do this alone”

Still, Riggs is convinced new relationships now being built with those community organizations give this plan the best chance its ever had to succeed. But, he cautions: results likely won’t come quickly.

And, it’s made more difficult because of the adversaries police are facing.

“94 percent of all our suspects now have criminal histories. We have to do a better job in this city and in this state of holding criminals responsible and keeping them in prison for at least five or 10 years. In Indiana, unfortunately, we still have numerous individuals that are doing less than five years (in prison) on a gun charge. We have to change that. We know the correlation. Our homicide rate is down 35 percent (so far) this year because of some significant arrests. We know property crime is down double digits. But, that’s not the case in these six areas,” Riggs said.

DPS may soon get additional help from an unlikely source: drugs like heroin and cocaine peddled in the very neighborhoods they’re targeting.

Still, Riggs cautions IMPD cannot simply arrest its way out of the problems in these focus areas.

“I want citizens to understand: the only way we’re going to be successful is if the community in these areas is involved and the bigger community of Central Indiana is involved,” he said. “We can’t do this alone.”NEXT STEPS

The funding fight for both the crime confrontation project and citywide public safety will continue next month as the City-County Council considers public safety budget requests. But, they’ll have new data on the project before they do.

The Department of Public Safety is scheduled to release a comprehensive report on Tuesday outlining the project’s 2015 first quarter performance. Watch for updated numbers from that report on 24-Hour News 8.