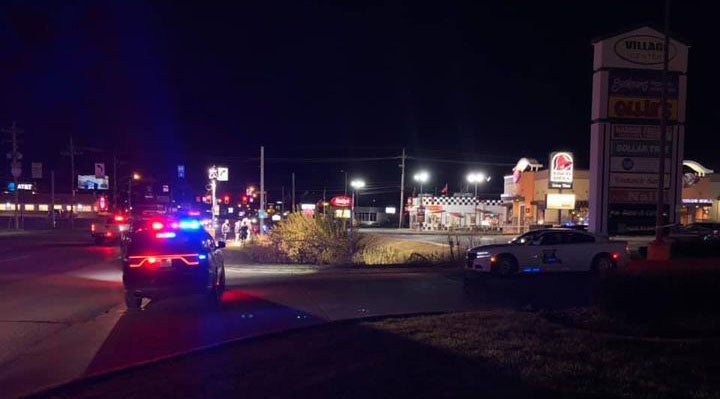 Jason S. Cline, 43, produced a pistol as two Seymour officers tried to arrest him on the night of Nov. 1 after a reported theft at Walmart, authorities said.

The officers, Blake McCrary and Cody Teltow, found Cline at a Speedway gas station along U.S. 50 with the stolen merchandise, valued at $700, and began chasing him on foot. After the officers caught Cline and then tried to put handcuffs on him, he pulled out a Smith & Wesson pistol and pointed it at Teltow, leading the officers to fire their handguns, striking him with 10 rounds. Teltow died after being taken to Schneck Medical Center.

Indiana State Police announced the determination Friday night in a news release that included the findings of Prosecutor Jeffrey A. Chalfant. He said the use of deadly force was justified.

“It was later determined that the handgun possessed by Cline had recently been stolen, and also that Cline faced a lengthy prison term if caught due to his status as a serious violent felon in possession of a firearm,” the release said.

Shortly after the police shooting, Seymour Police Chief Bryant Lucas said both officers were placed on administrative leave while the investigation was ongoing per department protocol. The release issued Friday did not say whether the officers have been reinstated.