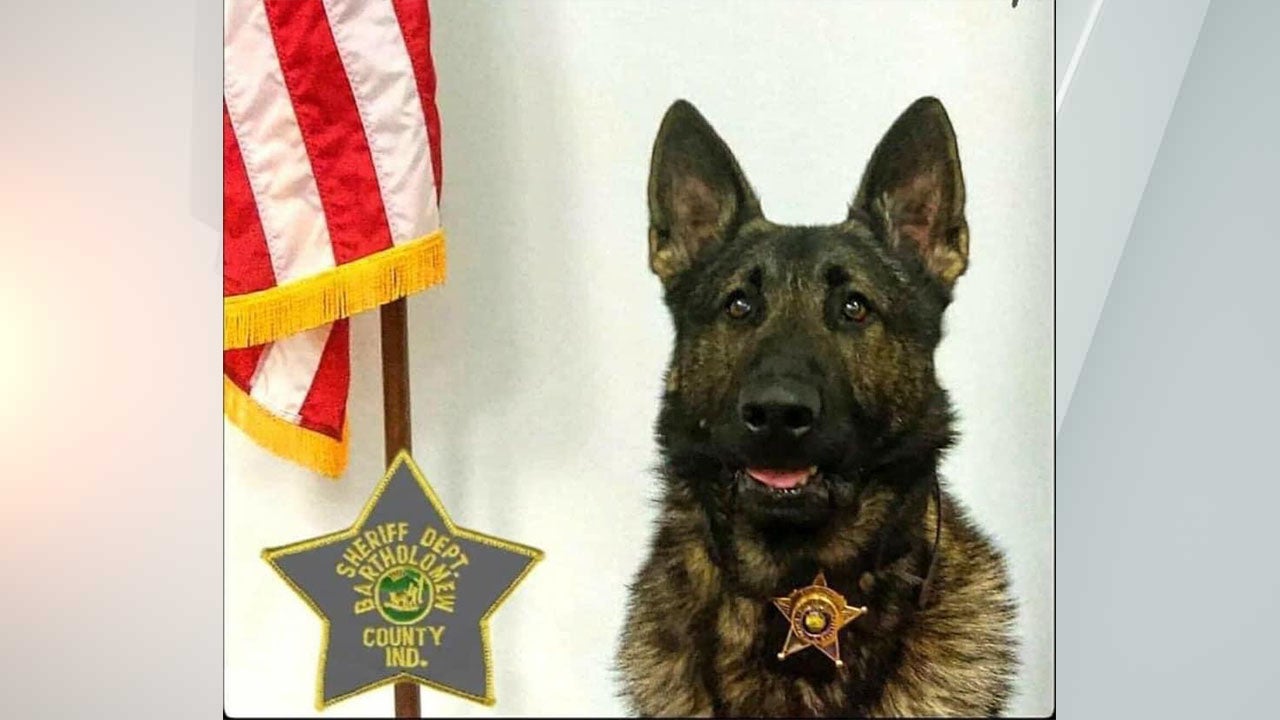 COLUMBUS, Ind. (WISH) — The Bartholomew County Sheriff’s Office is asking the public for information after the Saturday death of their police dog, Diesel.

On Sunday, Bartholomew County Sheriff Matt Myers said the community could pay their respects to Diesel by leaving behind a tribute near his handler’s police car parked at the sheriff’s office.

Police dog Diesel was found dead along Interstate-65 Saturday afternoon after he was involved in a foot pursuit with a domestic battery suspect.

Authorities were called Saturday before 4:30 p.m. to a domestic battery call. The suspect, Michael Stephens, 36, of Columbus, fled the scene when authorities arrived. Diesel was dispatched in an effort to apprehend Stephens.

A short time later, Diesel was found dead in the roadway.

The cause of Diesel’s death has not yet been determined. The department is arranging a memorial service for him. Those details will be released once they are finalized.

“There is nothing that we can say to ease anyone’s pain — we are all mourning the loss of Diesel,” the department said in a statement released to News 8 Sunday. “Diesel’s work has been responsible for countless arrests in our community as well as the constant uplifting or our morale while working on station. We will miss him.”