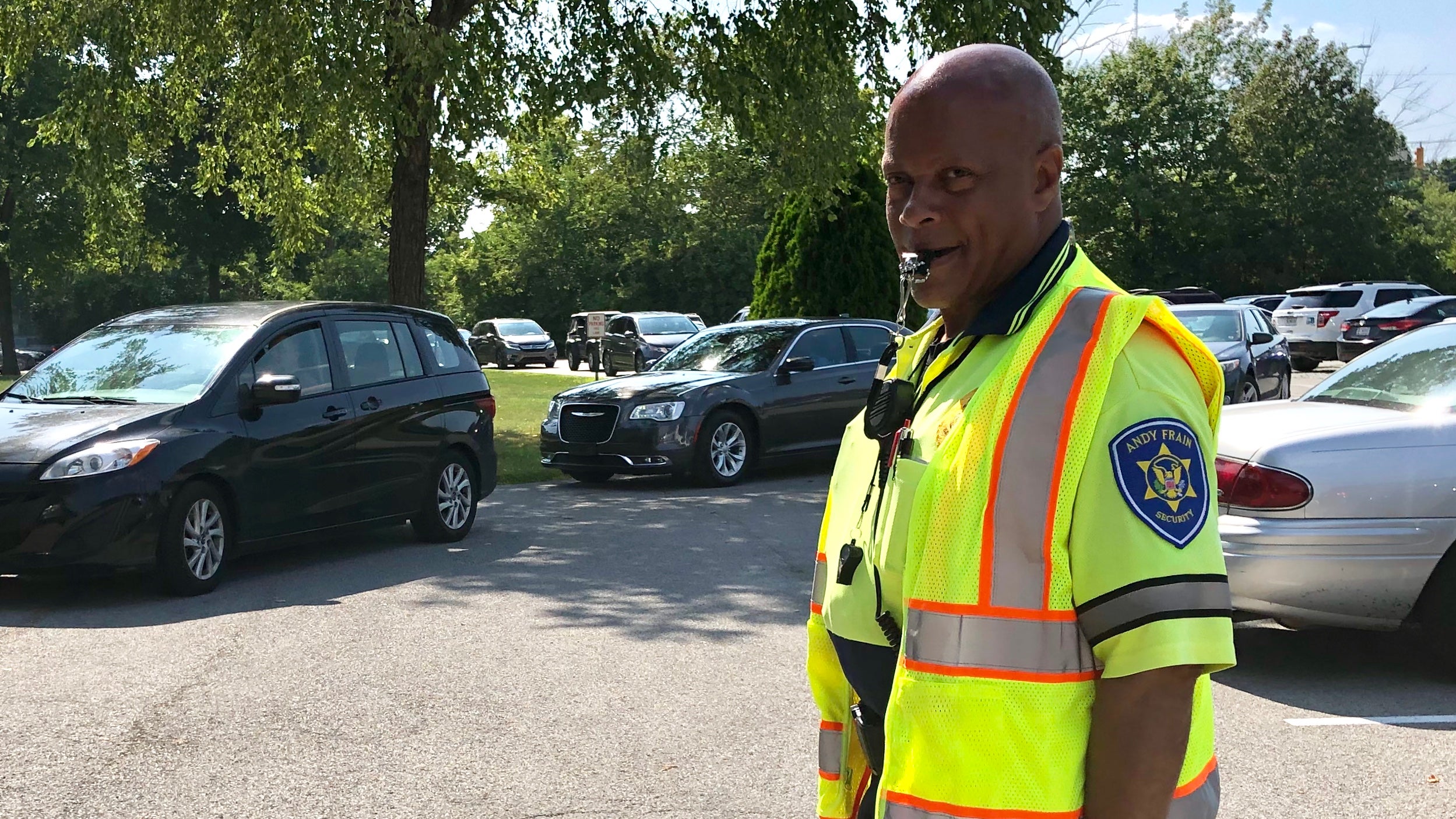 He suffered head and leg lacerations, compound ankle fractures, a concussion, pelvic damage and other injuries.

Taylor “couldn’t move from the waist down” but was determined to return to his post keeping schoolchildren safe, he said.

“He makes us a little happier to be here every day,” said Westlane Middle School Principal Bill Pitcock. “Everybody is just so happy to see Tony [Taylor] back.”

He grew emotional as he described his “miraculous” recovery to News 8.

“I’m overjoyed [and] overwhelmed by all the support,” Taylor said. “I’m standing here today when I shouldn’t be. Those prayers made a difference.”

The day after waking up in the hospital in a state of shock, Taylor said he experienced “tingles” throughout his body.

“I’m thinking, ‘Why am I being hit by this energy? This is wild,’” he recalled. “It was the students and parents that were praying for me… I started healing then because of those prayers.”

A GoFundMe account created by friends to cover Taylor’s medical expenses raised nearly $40,000. Well-wishers who commented on the page thanked him for his “infectious smile” and enthusiastic service at Washington Township schools.

“I feel blessed that I’m here [and] able to stand and talk, and do what I need to do,” Taylor said, straightening his yellow traffic vest and scanning the school parking lot for wrong-way drivers.

“He’ll blow his whistle at anyone… even me,” said Principal Pitcock. “But he always does his job with a smile.”