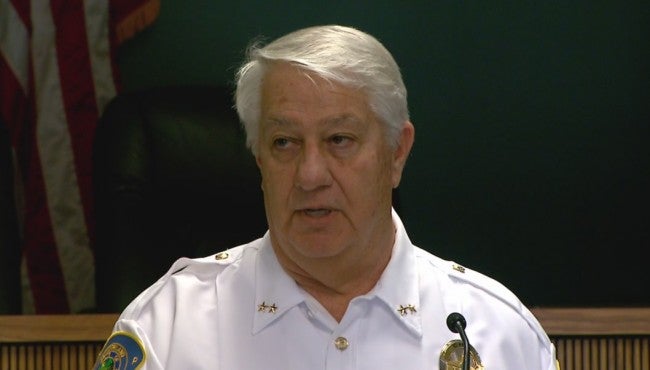 “In 2017, we had 30 locations here in town that we revisited more than one time. Some of them five, one of them 29 times in a year. They were not criminal issues, they were all mental health issues,” Crooke said. “That amounts to quite a number of our officers being out of service.”

Chief Crooke said he felt his officers’ time could be better spent if the department took a difference approach.

“Law enforcement, first responders are at the tip of the spear, they’re at the point, finding these things in real time,” agreed Hill. “And we need to do everything as a community to make sure they have our support.”

“The idea behind it is that we will work with a clinologist, a police officer, and a paramedic or someone from the health field, and we will go out and talk to people that have come into our system through needing mental health help,” Chief Crooke said. “And we will try to get them hooked up with the right people.”

Cumberland officers have already received 40 hours of mental health response training, and while CARE organizers weren’t clear on which team members would respond in which situations, they’re to get the program moving toward its goals of reducing risk of injury to officers or those in need, reducing unnecessary arrests, and reducing the caseload for prosecutors and courts.

“It’s wonderful that law enforcement is recognizing they can do more than lock people up,” said Hill. “They can help recognize people who need assistance and to train their officers and get involved in solving these problems and working together in the mental health community.”