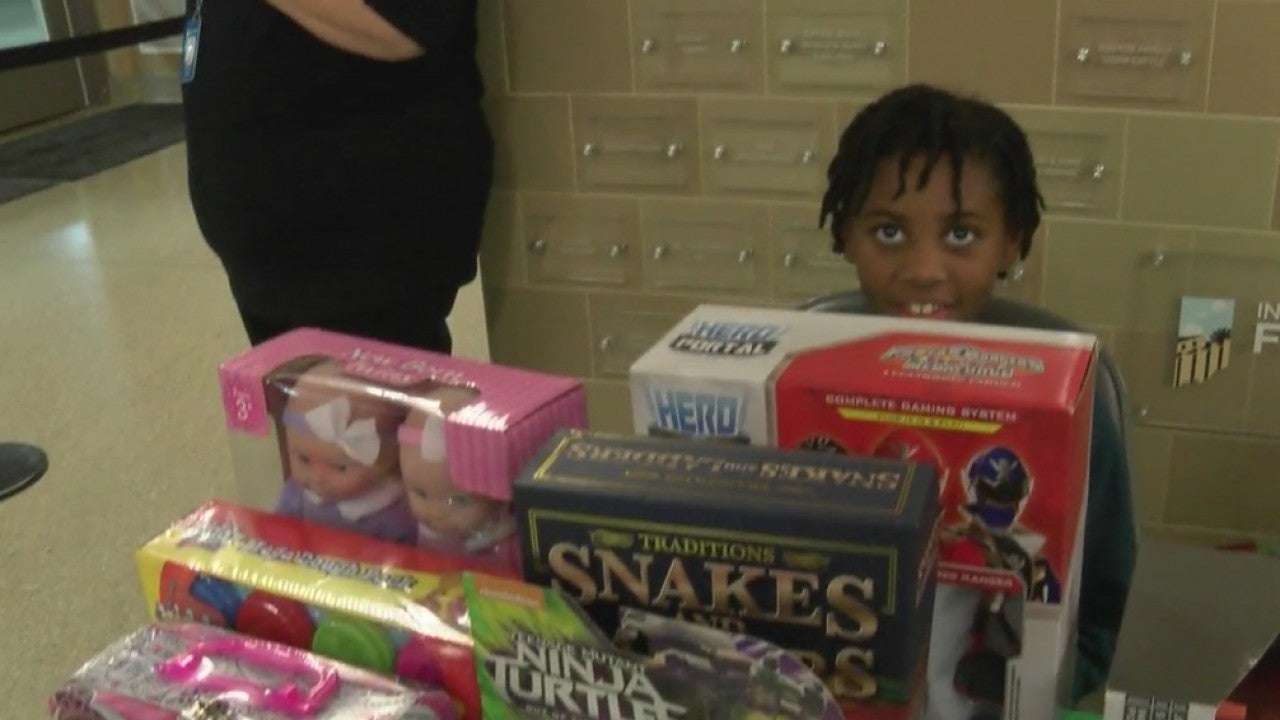 “Christmas is my favorite time of the year. I love seeing people and gifts. I love watching people open them,” Sanders said.

He wants that feeling for kids all over Indianapolis whose parents might be going through a tough time.

“I come from a single mother and although we didn’t have the struggles that others may have had, I just have a spot in my heart,” Sanders said.

Four years ago, an idea was sparked from a friend of Chris who needed a light in a dark place.

“When I was in high school, I had a friend and a few years after high school, she told me that when she left her husband, she had her son in one hand and her purse in the other,” Sanders recalled.

He realized there were more women like her who were seeking shelter for themselves and their children, from the turmoil of domestic abuse. He started collecting toys for those kids.

Now the drive sees support flow in from people all over central Indiana.

“The community’s involved and others are helping and they want others to have toys as well,” Sanders said. “There’s a guy in Kokomo who brings toys down to me.”

For those thinking about being a part of his mission, Chris believes you should know that by giving to someone, you’re also receiving.

“Leave with a smile on your face because you know you gave a kid an opportunity to open up a new gift,” Sanders said. “That’s probably not the best time of they year for him [and] you can be that person that gives a gift to [that] kid.”

It’s a gift that means much more than a toy. It represents hope, starting with a good Christmas memory.

If you’d like to learn more about the Ruth Lilly Women and Children’s Center, click here and if you’d like to donate directly to the center, call 317-637-5551.