David Barras to retire after 37 years at WISH-TV 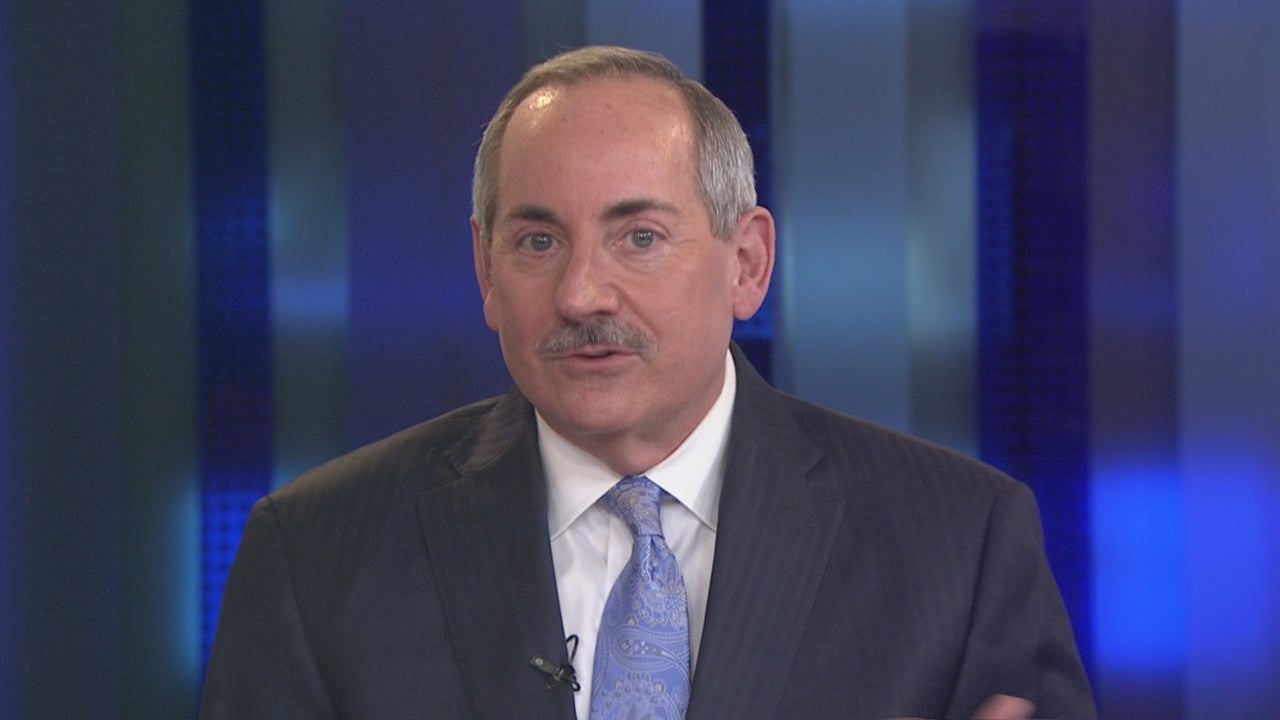 INDIANAPOLIS (WISH) – Retirement weighed on David Barras’ mind for a while, since at least late last year.

His 37-year run – from “Moneyscene” reporter, with antenna broadcasts and typewriters, to anchor for the evening news at WISH-TV, with high-definition and computers – will end Dec. 1.

No one asked him to leave. In fact, when he told managers of his intentions, they wanted him to stay. But several factors helped him choose to set down the path to retirement.

First, he’s about to hit that age: 65. Plus, his wife, Kathy, retired last week as an analyst at the U.S. Defense Finance and Accounting Service in Lawrence. The pair married 42 years ago.

They met for the first time at the wedding of David’s sister, Lynne Ferrante. The two were paired up to walk down the aisle as bridesmaid and groomsman. During the rehearsal dinner, David pretended to hold up a microphone as he asked her questions. “He was literally interviewing me and making me laugh.”

“It took him about a month to take me out,” Kathy said. “I knew he was a keeper.”

About her retirement, Kathy said, “I was just ready. I have been working since the summer I was 16, and before that.”

David said, “I have no idea how long I’ll be able to grace this Earth, and we both wanted to have time to do things we wanted to enjoy.”

The time off will include some travel, likely a cruise of the Panama Canal. They also will spend more time with his family – grown sons Nathan and his wife, Sarah; Adam; and Michael – and Nathan and Sarah’s kids, Olivia 6, and Braydan, 4.

Getting his foot in the door

Barras wasn’t always a news anchor. After high school in Chicago, he went to Miami University for his bachelor’s degree. But Barras couldn’t find a job in the field, and he sold cars for a while. That got him enough cash to go to graduate school at Ball State University in Muncie.

Before getting his graduate degree from Ball State, he took an unpaid internship at WISH-TV in 1979. That got him a foot in the door for a paid job, working nights and weekends as a general assignment reporter at WISH-TV starting July 21, 1980.

“I always wanted to do this,” report the news, he said.

By 1983, he was working weekdays and doing “Moneyscene” to cover the consumer financial beat.

Then everything changed at the end of 1984. “Captain Kangaroo,” a CBS children’s programming staple for nearly 30 years, was canceled.

“Daybreak” was born – in a half-hour format. In September 1985, Barras became an anchorman.

From 2007 to 2017, he’s had mostly evening anchor assignments, although he also was on the noon newscasts for a time.

The biggest change during his career: the upgrade from manual typewriters.

“The computer. We hated them when they came in,” Barras said.

But the change made it easier to update scripts fast and eliminated hitting the typewriter keys as hard as possible to make four carbon copies of a script.

“Once you learn it, it’s so easy,” he said. “It saves you thousands of manhours, and it saved my fingers, too.”

He may not miss the scripts and the computers, but there is one longtime friend he will miss.

Meteorologist Randy Ollis said David “is like a big brother to me.” Ollis continues to receive radiation treatments after being diagnosed with cancer in May, but he announced in July that his doctor said he’s cancer-free.

Randy and David worked together for 21 years on “Daybreak.” If you are acquainted with the 20th century comedy duo Laurel and Hardy, you might understand the on-air chemistry that Barras and Ollis shared. Adam Krent, a producer who now works with Barras, called it “the Dave and Randy show.” Some examples of their fun from Krent and Tara (Burmis) Twigg, who worked at WISH-TV for 19 years:

“They played off each other,” Twigg said. “They truly enjoyed working with each other.”

The friendly banter crossed the line a few times, upsetting viewers or management, but Ollis said it was all good, clean fun.

“How you see him on the air is like he is,” Ollis said, adding, “I’m still better-looking than he is.”

But did Ollis’ bout with cancer influence Barras’ decision to retire?

Ollis said, “I think he’s retiring while he still has his health. When you have something like this, you realize how short life can be.”

He got the first interview confirming the Baltimore Colts were moving to Indianapolis, and then-Mayor Bill Hudnut watched that report before he publicly confirmed the move.

Barras broke the news of Subaru-Isuzu Automotive moving to Lafayette and the revelation that The Bazaar shopping area would be torn down to expand what’s now The Fashion Mall at Keystone, near 86th Street and Keystone Avenue.

The newsman won an Emmy and carried home plenty of Associated Press awards for his excellence. In 2015, readers of Nuvo voted him their favorite news anchor.

Despite a number of ownership changes through his years at WISH-TV, Barras said, “The people here are as hardworking, dedicated and nice as you will find.”

“I think our competition thought we’d fold, just go away, and that hasn’t happened and that won’t happen and I’m really proud of that.”

Barras said his decision was made easier when Brooke Martin recently announced she had renewed her contract to stay with the station for another three years. Martin sits next to Barras at the anchor desk and at newsroom desks.

“Working with her has been a joy, and I will miss that,” Barras said.

She said she will always remember his singing and fun.

“It’s impossible to be in a bad mood around him,” Martin said. “There will be an irreplaceable gap in the newsroom.”