Democratic candidates unite against Trump — and little else 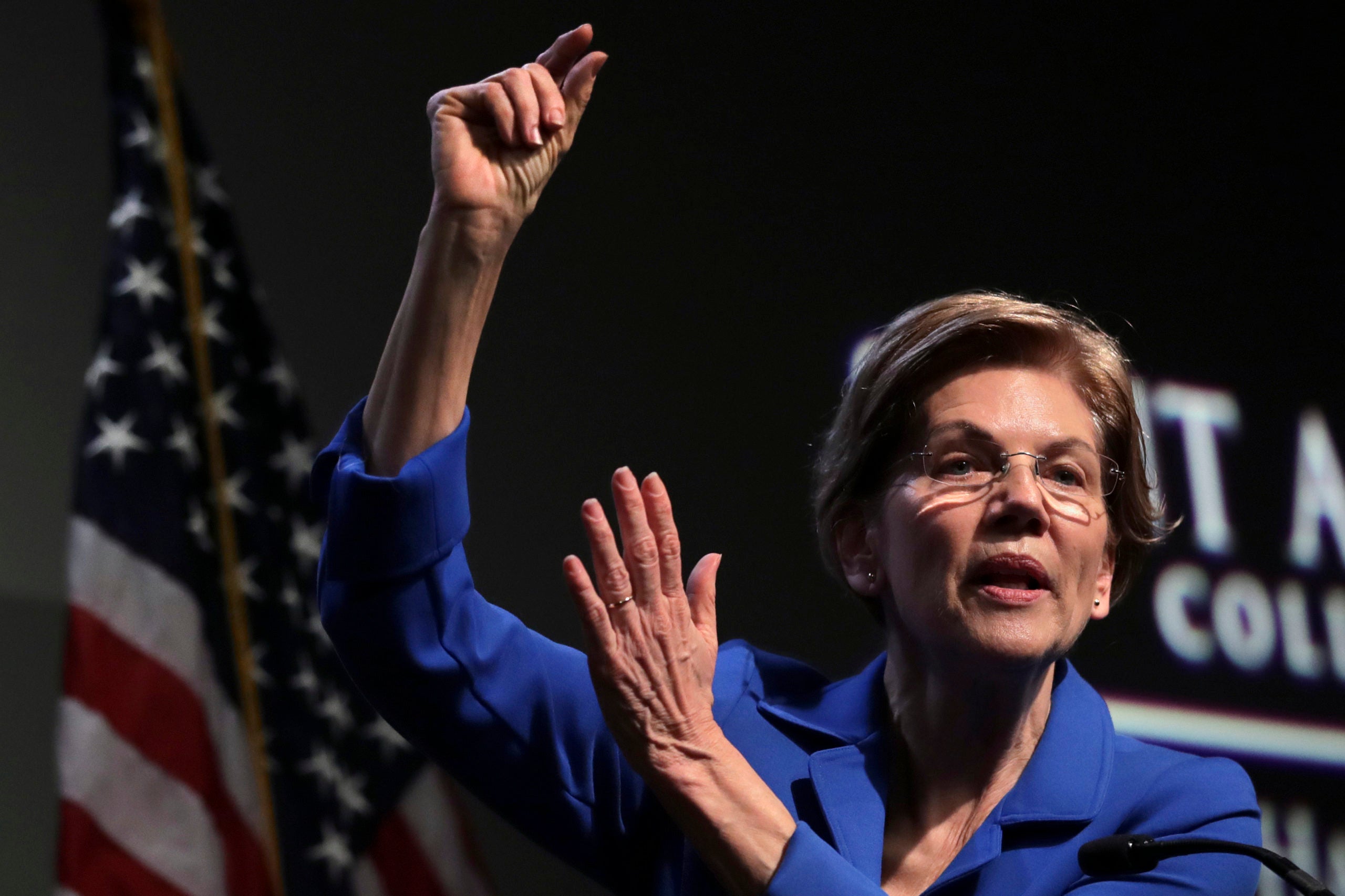 WASHINGTON (AP) — Democratic White House hopefuls agree President Donald Trump must be defeated next year. But the unity ends there.

Sen. Elizabeth Warren of Massachusetts and Mayor Pete Buttigieg of South Bend, Indiana, are locked in an increasingly acrimonious feud that threatens to change the tone of the Democratic primary. The tension was on display Thursday as the candidates knocked one another for being spineless in standing up to the rich or throwing out wildly unrealistic proposals.

That followed a week of barbs between Warren and Buttigieg as they called on the other to be more forthcoming about their past. Buttigieg pressed Warren to reveal her previous legal work for corporations while Warren said Buttigieg should open his private fundraisers and detail the companies he worked for as a consultant at McKinsey & Co. a decade ago.

The hits mark a shift in a Democratic primary that has so far been largely devoid of tension, to the point that some candidates refused obvious opportunities to slam one another when they shared a debate stage last month. But as they prepare to debate again next week, that reluctance has dissipated and a clear battle is emerging between Warren and Sen. Bernie Sanders of Vermont, who are leading the call for major overhauls to American life, and Buttigieg and former Vice President Joe Biden, who are urging pragmatism.

The scrapping serves as a proxy for the ideological fight that Democrats will need to resolve quickly next year if they are to rally behind a nominee who can inspire the energy and motivation that will be required to beat Trump.

“It’s too early to say how this thing is going to play out,” said David Axelrod, who was a senior adviser to former President Barack Obama and said the growing intensity of the primary reflects how strongly Democrats feel about the need to win next year.

As the fight deepens, so too do the potential risks for those involved. For Buttigieg, the exchanges are doing little to endear him with the voters he needs to rebuild the type of coalition that twice elected Obama. He’s already struggling to appeal to minorities and acknowledged on Thursday that younger voters are siding with more progressive candidates such as Sanders.

“It is certainly the case that often younger candidates tend to attract more support from older voters,” the 37-year-old Buttigieg told CBS on Thursday. “The Sanders campaign definitely has more young voters. I was a big fan of Bernie Sanders when I was 18 years old.”

More fundamentally, the attention on Buttigieg’s ties to big donors and his past consulting work leaves him vulnerable to being portrayed as a status quo politician instead of a fresh face who could usher generational change into Washington.

He faced new criticism on Thursday for his past consulting work, including a study he helped produce for the U.S. Postal Service. Buttigieg’s campaign said that he was “part of a team tasked with generating ideas to increase revenue like selling greeting cards and increasing the use of flat rate boxes” and that he “never worked on cost-cutting or anything involving staff reorganization or the privatization of essential post office services.”

But Mark Dimondstein, president of the American Postal Workers Union, which represents over 200,000 postal service workers and retirees, blamed the study for leading to “the closing of many processing centers.”

“I can’t honestly say what section or paragraphs of the reports he was involved with,” Dimondstein, whose union hasn’t endorsed a candidate, told The Associated Press. “But I will say generally, shame on anybody that was part of facilitating these McKinsey reports. This is the opposite of what the people of this country need.”

Warren faces potential trouble of her own. Her strident positions against corporations could alienate voters who work for such firms and would otherwise support a Democrat against Trump. And her plateau in some polls coincides with persistent prodding from Buttigieg over how she would pay for her “Medicare for All” proposal, including its cost and elimination of private insurance coverage.

Yet she’s also forced Buttigieg’s hand in some cases. He began opening his fundraisers this week, leading to some awkward moments.

Liberal protesters followed Buttigieg across Manhattan over two days as he courted major donors at four events. Not knowing the specific addresses of his events, they marched to the apartment buildings of several wealthy donors until they found him.

Buttigieg tried to turn the disruption into a joke. “Wow, they’re excited,” he said, turning to his military experience. “One of the things you learn on a deployment is dealing with distracting noises.”

Neither candidate is backing away from the fight. Without mentioning Buttigieg, Warren seemed to refer to him in a speech she delivered Thursday in New Hampshire.

“I’m not betting my agenda on the naive hope that if Democrats adopt Republican critiques of progressive policies or make vague calls for unity that somehow the wealthy and well-connected will stand down,” she said.

Until recently, Warren and Sanders have focused much of their attention on Biden, who remains the front-runner in many national polls. Warren is testing strategies for confronting both men, who are battling to become the voice of moderation in the race.

In the same speech on Thursday in which she made thinly veiled criticisms of Buttigieg, Warren also decried Biden’s past comment to wealthy donors that “nothing would fundamentally change” if he’s elected.

The former vice president has largely stayed out of the Warren-Buttigieg dust-up, which could prove wise if Biden wants to improve his standing in early voting states. During the 2004 Iowa caucuses, for instance, former Vermont Gov. Howard Dean and Missouri Rep. Dick Gephardt clashed bitterly as voting neared, only to be defeated by Massachusetts Sen. John Kerry.

“My latest feeling is that Biden is undervalued in this race,” Axelrod said. “He has so lowered expectations that if he were to win Iowa or come close, he’s going to be in pretty good shape.”