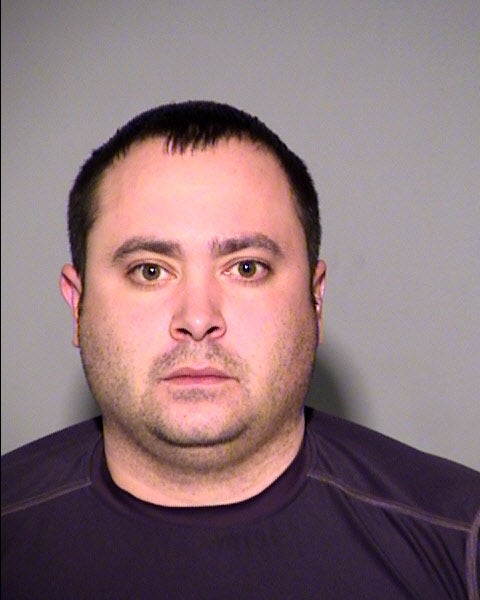 INDIANAPOLIS (WISH) – An Indianapolis Metropolitan Police Department officer has been arrested and is facing charges, including attempted murder.

According to IMPD, Officer Justin Beaton was arrested and preliminarily charged with attempted murder, domestic battery in the physical presence of a child, pointing a firearm, and obstruction of justice.

Investigators say they learned new information this week which provided probable cause to make an arrest. Officer Beaton was arrested Friday and transported to the Arrestee Processing Center. Police were at his home Friday evening collecting evidence.

Officer Beaton has been with IMPD for nine years. According to IMPD, he will be suspended without pay pending termination.

According to court documents, IMPD was called to Officer Beaton’s house on Aug. 30 after a neighbor called police. Officers spotted blood on the driveway, a broken front glass door and trail of blood in the residence but no one inside the house. Detectives learned Officer Beaton and his live-in girlfriend were at Community South Hospital. The probable cause details that the victim had significant injuries to her face and mouth including a fractured nose, glass shards all over her face and neck and that she swallowed three of her teeth after they were knocked out.

In a medical report a nurse noted that Beaton said he was carrying a steel bed frame when it went through a window and hit his girlfriend in the face. At the time, Beaton and his girlfriend’s baby was just seven weeks old and also at the hospital. Court documents explain that Beaton asked to take the baby to the grandparent’s home for medication. Beaton was allowed to leave but was instructed to return after the baby got the medication.

Emergency officials took the victim to Sidney & Lois Eskenazi Hospital in serious condition. When Beaton returned to Community South court documents explain he was in an agitated state asking if he was under arrest. At the time, police gave him the go-ahead to go to Eskenazi, but that he couldn’t immediately see his girlfriend.

The probable cause notes that Beaton drove by the house while IMPD officers were still on scene. Beaton went to Eskenazi wanting to know from officers who his girlfriend was talking to and what she was saying. Beaton later told detectives that after the victim was struck with the bed frame they got into his personal car to go to the hospital.

A day later surgeons operated on the victim and she had oral surgery this past December.

Moments later the probable cause details that the victim heard ringing in her ear and fell backwards and said to Beaton, “You just shot me.” The victim says she tried to call 911 but couldn’t because her phone was too bloody. Court documents say on the way to the hospital, Beaton told the victim to give the following statement, “That a bed rail hit me in the mouth because he was going to get into a lot of trouble and we would lose our child.”

The victim told detectives a bed rail was never involved. In court documents, the victim explained how she had conversations with Beaton after they left the hospital and he told the victim that if she recants her story she’d get in trouble because she lied. The victim says a lot of his arguments are drunk talk and that she doesn’t think “he’s a person that should be on the streets.”

Detectives asked the victim if she talked to anyone about what actually happened that day and court documents say she told a cousin about two weeks after the August incident. But this wasn’t the first time Beaton pointed a gun at the victim. In court documents, the victim told detectives Beaton was very sloppy with his weapons, detailing a specific example. One time, he was cleaning a gun and told the victim there’s nothing in it and pointed it at her and pulled the trigger. It was empty.

Last year, Officer Beaton’s actions were part of an internal investigation covered by I-Team 8. Beaton was arresting a suspect in an east side neighborhood and the incident was caught on cell phone video. Several neighbors became upset and claimed Beaton went too far by using a stun gun and reportedly kicking the suspect who records show was high on the drug wet. Officer Beaton claimed Jackson lunged at him, a story that was supported by at least one other neighbor.

After repeated inquiries by I-Team 8, IMPD refuses to say what came out of the internal investigation and whether it’s still open or closed. Beaton remained on active duty after that incident. I-Team 8 did obtain a copy of Beaton’s personnel file. He has several awards and letters of commendation. But last year, he was suspended for two days without pay for violating departmental policies. The details of which departmental policies were violated were not released.

Beaton is expected in court Monday morning. Stay with 24-Hour News 8 for more on this developing story.