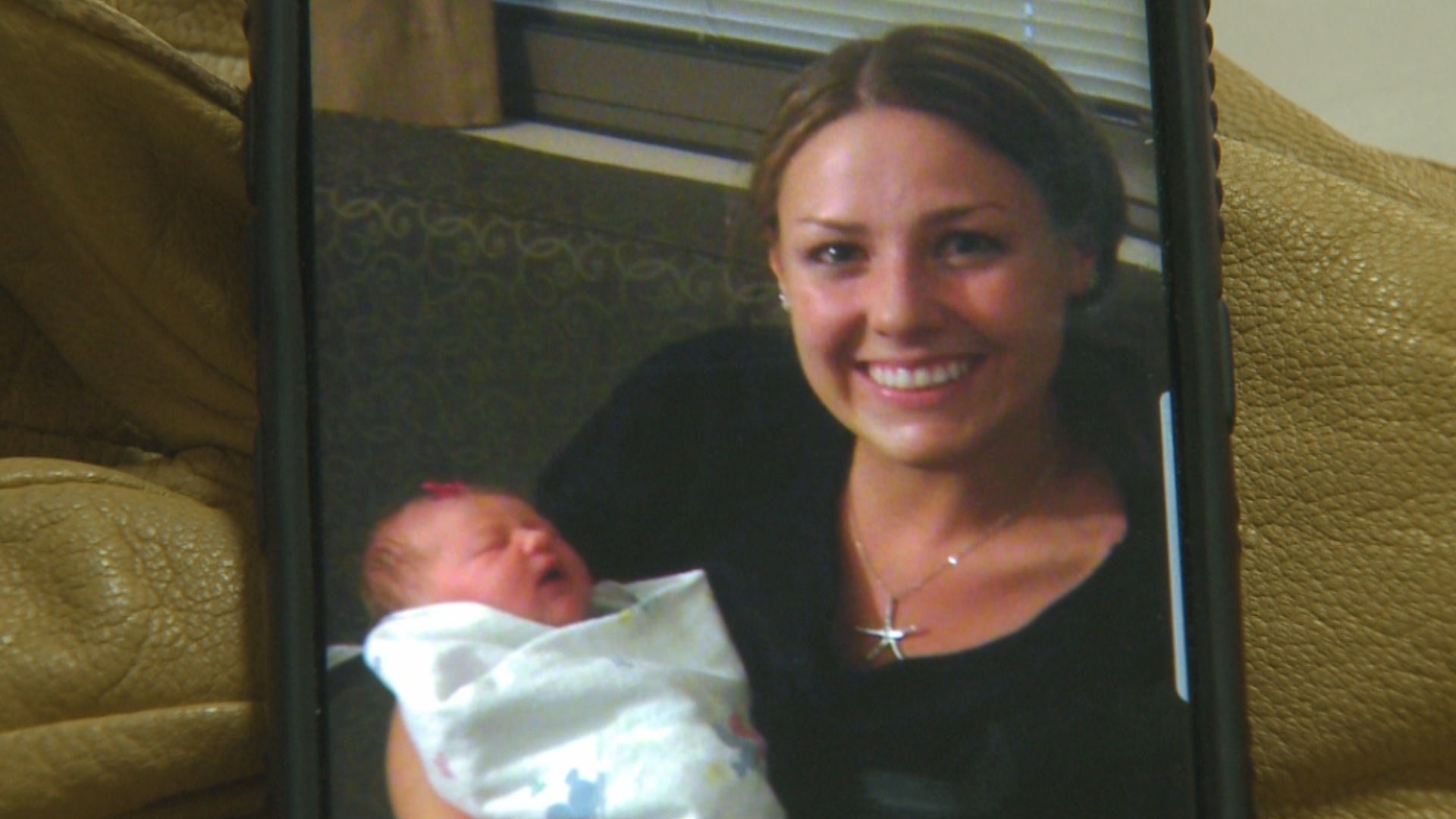 INDIANAPOLIS (WISH) — A mother was found lying across the center console of her car with a bottle of rum in the vehicle when her deceased baby was found, according to court documents.

Rachel McAfee, 36, has been formally charged with neglect of a dependent resulting in death by the Marion County Prosecutor’s Office.

McAfee and her three-month-old daughter Emma were reported missing on the evening of March 4. John McAfee, husband of Rachel and father of Emma, told investigators that Rachel was supposed to drop Emma off at his parent’s house on the morning of March 4 and then she was to go to an “intervention concerning her excessive drinking” at 11 a.m.

The mother and daughter were found the next day, March 5, in the 2600 block of Stanford Court. A woman noticed a running vehicle outside of her house when she was leaving for work. She said she asked the woman inside if she was fine. She said the woman holding a baby and said she was fine.

When investigators arrived at around 3 p.m., baby Emma was cold to the touch and appeared deceased to medics. She was declared dead at 3:17 p.m. The temperature was approximately nine degrees at the time.

Responding officers said they were trying to find Rachel’s shoes and found a bottle of rum. Investigators say the vehicle was out of gas and that the battery was dead.

Rachel was taken to a hospital and treated for frostbite. A doctor detective that examined her said she appeared to be intoxicated and that “she had short term memory loss about the death of her child and no concept of time,” according to court documents.

John McAfee spoke again to investigators, stating that Rachel is “known to drink alcohol until she passes out” and “on several occasions he has found bottles of vodka that Rachel had hidden around the house.”

He said baby Emma was born two weeks early and was consistently underweight. He said she had missed her last doctor’s visit because Rachel had passed out from drinking.

Rachel is due in court Friday morning.

Baby Emma’s autopsy results are pending. The doctor that performed the autopsy “found signs that are consistent with cold-related deaths,” according to court documents.