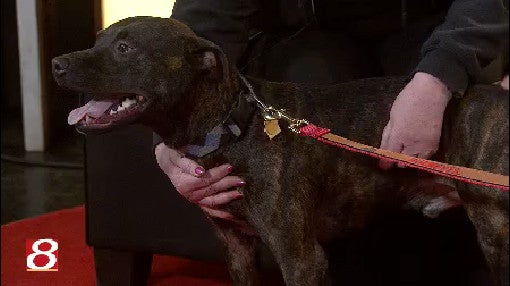 INDIANAPOLIS (WISH) – A few months ago, there was a story in the news about a dog being pulled behind a vehicle for more than a mile. Stephanie Rudolph recently adopted Gentle Ben, the dog involved in the accident. They both joined 24-Hour News 8’s studios Sunday morning.

Rudolph said she believes his name was Ben originally. When he came to her he was gentle and kind which is why she named him Gentle Ben.

She said after the accident a quarter of his body was almost down to muscle, and all four feet were down to the bone.