Downtown panhandling ordinance up for discussion 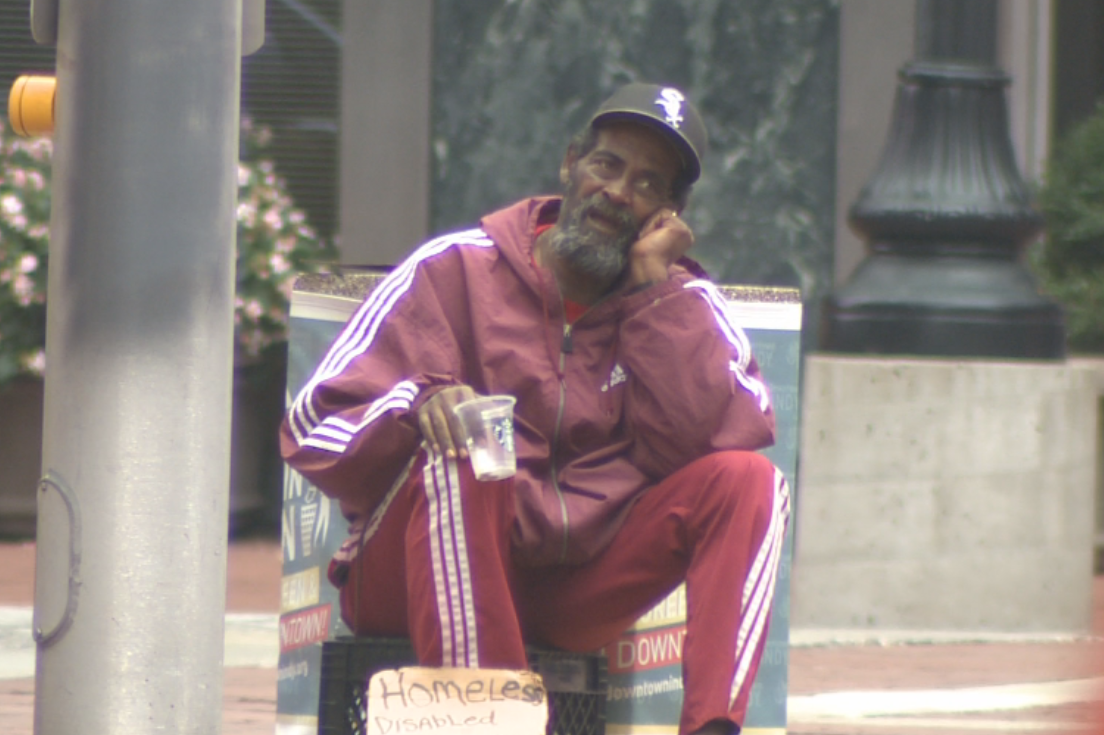 INDIANAPOLIS (WISH) — The City-County Council on Monday night discussed a proposed ordinance reducing panhandlers and the homeless from congregating on downtown streets.

Ordinance Proposal No. 357 limits the time a person can sit or lay on a public space in the Downtown Mile Square to between midnight and 6 a.m. only. Public right of way includes sidewalks and curbs, medians, railways, alleys and parking spaces.

Councillors Michael McQuillen, Susie Cordi, and John Wesseler wrote in the ordinance that its purpose is to “promote health, public safety, and business within the Mile Square.”

If someone is in violation of the ordinance, Indianapolis Metropolitan Police Department officers would send or take that person to an emergency shelter, mental health facility or to other interventional services. If there’s no space available at the shelters, the ordinance won’t be enforced.

Exceptions to the ordinance include anyone sitting for a parade, protest, bus stop or a medical emergency.

Business owner Danielle Cooney said she has a heart for the homeless and believes the ordinance can help some get the help they need.

Cooney owns Soupremacy off East Market Street and says the ordinance would also help her restaurant.

“It does hurt business when you see a group of seven to eight people just hanging around, some lay on the ground because they’re so messed up they cant function. People don’t want to walk down this way,” she said.

Cooney said it’s a general consensus among Downtown Mile Square business owners that something needs to be done to help the homeless.

“The group that’s down here now, they’re very violent. They’re very confrontational. They get very agitated easily,” she said. “We try to get a handle on it just to make it safer for everybody.”

At the same time, community organizer Tony Davis said it’s his heart for the homeless that is leading him to protest the proposed ordinance.

“First of all we don’t understand the trauma that these homeless people are dealing with. This isn’t a cookie-cutter crisis that’s going on in their lives,” Davis said. “To sit there and get them out of your sight does not solve the problem of homelessness.”

Davis said the city’s time and money would be best spent organizing more shelters, services and solutions for the homeless. He said this ordinance and its penalties will not help homeless people get off the street.

“They don’t have the money to pay these tickets if they don’t leave. They’re there first and foremost for safety,” he said.

Teresa Williams is homeless and said she’s waiting on promised government help for housing. She said she appreciates community members who speak up for the homeless and have real solutions.

“The homeless people have rights, too, and we have no where to go. So I sleep in a tent,” Councilor Williams said.