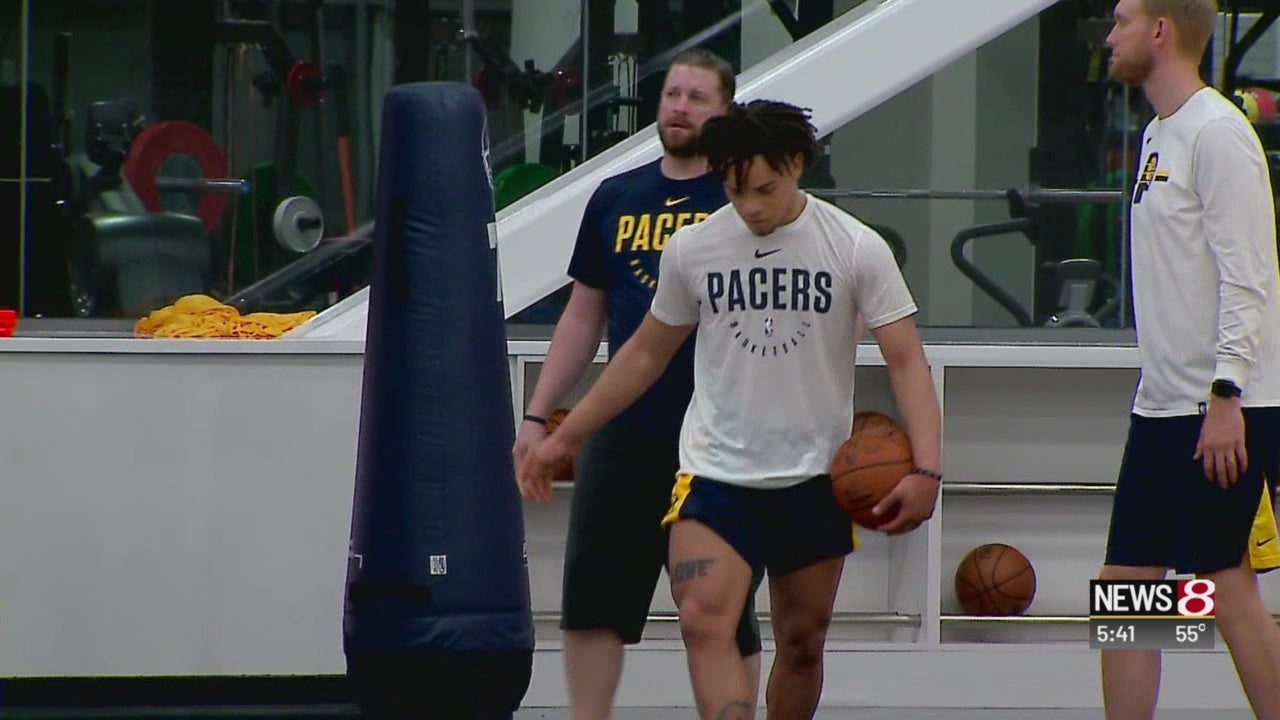 An undersized guard, elevating like a pogo stick, firing a lighting quick release and too much fabric for shorts?

Never. It was classic Carsen Edwards, applying for an NBA job at the first round of Indiana Pacers pre-draft workouts.

“Just trying to hear from these NBA teams, just trying to do what they want,” Edwards said. “I just want one team to love me. I just come in, I just try to play my role, just be able to stick.”

This time there weren’t 14,000 plus Mackey maniacs packed into a gym. It was quiet, with Pacers assistants running the show. Oh yeah, and Larry Bird was there too. And Donnie Walsh. And the person ultimately making the decision with the Pacers 18th and 50th overall selections, team president Kevin Pritchard.

“I mean, the presure is there,” Edwards admitted. “I also put the pressure on myself with just wanting to do well, just myself personally. It’s a blessing to be here, to have this opportunity and I enjoy just working out and just doing basketball and not worrying about school.”

Since Purdue’s Elite Eight heartbreaking loss to Virginia in March, Edwards has spent time working out in the Indianapolis area with skills guru Joey Burton. The number one knock Edwards will get from NBA scouts is one he can’t do anything about. At 6-feet tall, in shoes, the Houston native needs to prove he can score in bunches against NBA length.

“I just understand that this game and the NBA game now…I feel like it’s quick pace. Shot clock, up-tempo and things like that so I feel comfortable with that,” Edwards said. “I enjoy getting up and down, taking shots.”

Purdue’s role players, who helped catapult the Boilers (along with Edwards’ heroics) from a middle-of-the-road Big Ten team to a Final Four contender, have rubbed off on the sharpshooter.

“Being around guys that filled roles and were unselfish and just kind of helped us go… you realize that once you leave,” Edwards said. “There are a lot of guys that sacrifice playing styles just to make sure we were a good team and do things for us to help, and I just learned from them.”

Find a role. And a coach that wants you to shoot. Edwards will figure out the rest.