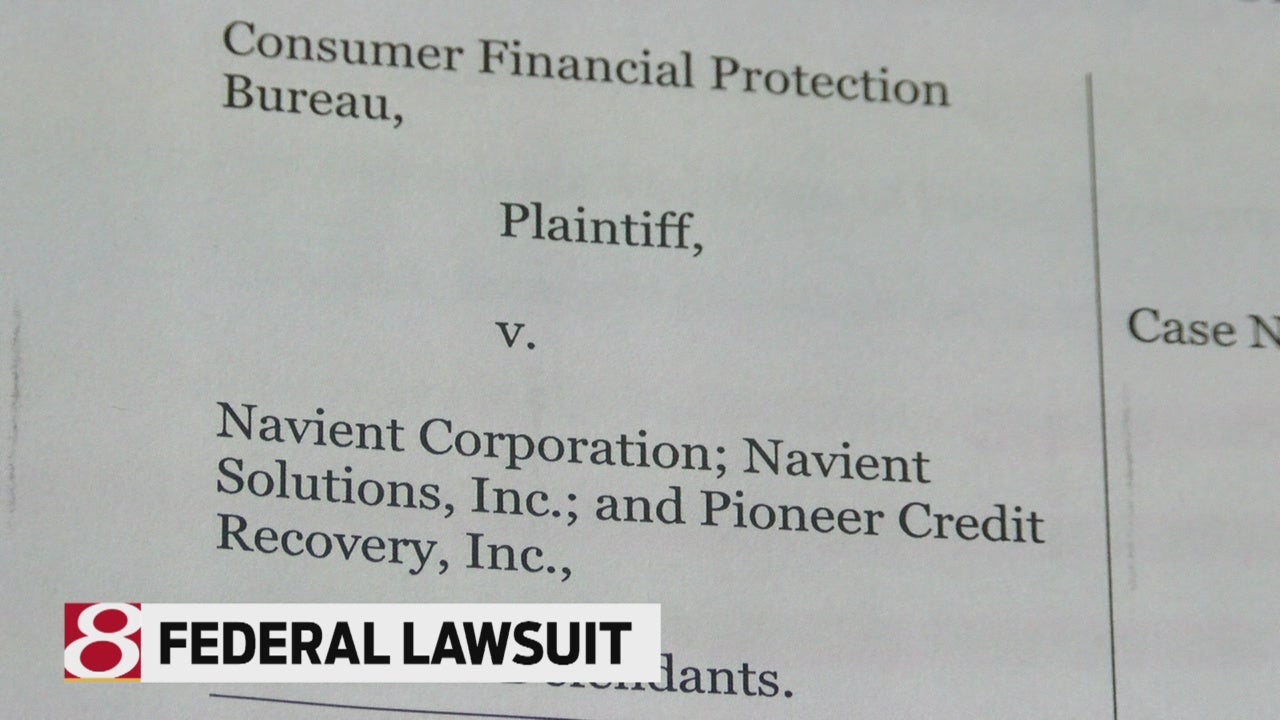 INDIANAPOLIS (WISH) — Court documents reveal new details about the allegations against the largest student loan company in the nation.

The Consumer Financial Protection Bureau has filed a lawsuit against Navient, accusing the company of failing and cheating hundreds of thousands of borrowers.

Navient released a statement online denying the allegations and said the lawsuit is politically motivated.

“My reaction was like, are you kidding me? I felt this way for years,” said one college graduate, who asked not to be identified. “It was like wow, I think a lot of people had this concern for many years.”

She graduated from college in 2014 and now works in Indianapolis. She said she owes more than $31,000 dollars in student loans with Navient.

“People want to have a better education and a better way of life and not have to pay for it for the rest of their livelihood,” she said.

She said she had a bad experience with Navient after learning her account was automatically deferred.

Court documents show the Consumer Financial Protection Bureau is accusing Navient of many things, like not informing borrowers of rights under federal law and deceiving them about payment options.

“We don’t know how this lawsuit will turn out but the allegations that are being made are fairly serious,” said Mike Norris, attorney.

Mike Norris is a local attorney with decades of experience in financial and consumer cases. He said he read the complaint.

“What they’re saying is that what you’ve done is so wrong, you’re going to have undo all of these transactions to tie them up the way they should have been tied up,” said Norris. “You’re going to have to give back any money to us which you should not have taken because you’re not entitled to fees on giving bad advice.”

Norris said the federal government is also seeking to recover money for borrowers.

“In addition to you’re going to have to compensate consumers to the extent that you have harmed them by giving them bad advice that subjected them to penalty such as collection fees,” said Norris.

Norris said this could be a huge liability for the company if proven in court. Norris believes it’s still way too early to tell what this could mean for consumers.

“I say six months to a year from now we’re going to start to see some significant changes in the practice of the industry and even in the way the court views student loans,” he said.

Navient is also facing lawsuits from the attorney general in Washington and Illinois.

The Indiana Attorney General’s Office released the following statement about the case:

“We are aware of the issues individuals incurring student loans face, and we are reviewing the tactics that have been alleged to have been used by this company. We are closely monitoring the lawsuits filed by the Consumer Financial Protection Bureau and other states. We will continue to review these matters and to monitor developments as they occur so that determinations can be made about any additional action that may be appropriate.”