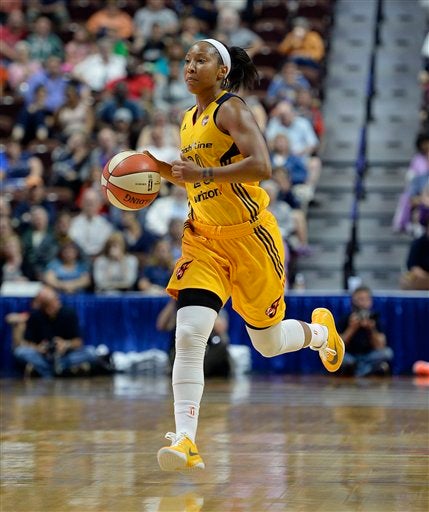 INDIANAPOLIS (AP) – Indiana Fever guard Briann January will miss the final two weeks of the WNBA season because of a knee injury.

The nine-year veteran has torn cartilage in her right knee. She is averaging 9.5 points and 3.9 assists in 25 games this season.

January played on the Fever’s 2012 championship team and helped Indiana reach the WNBA Finals in 2009 and 2015.

Indiana has now lost three guards this year to season-ending injuries – Shenise Johnson and Tiffany Mitchell are the others.

The Fever signed rookie Jennie Simms after the league granted an emergency hardship exception to fill the roster. The 6-foot guard from Old Dominion is expected to play Wednesday against New York.